Djokovic continues the marketing campaign in London, Fucovic opponent within the quarterfinals (RTS 1, 14.30) 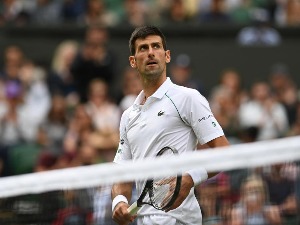 The Serbian ace continues his way to the 20th Grand Slam title against an unpleasant player from the northern neighborhood.

True, Djokovic solved both previous duels in his favor. The last one was played in Doha in 2019 and it was 2: 1 for Novak, while the first one was also played on a hard surface, but at the US Open in 2018, and it was 3: 1 for a guy from Belgrade.

Novak has won Draper, Anderson, Kudl and Garin in the course of the tournament in London so far, and only the first one took one set from him.

The third clash between Djokovic and Fucovic is on RTS 1 from 2.30 pm.

From today, the citizens of Prishtina can be supplied with insulin – Latest News