Djokovic with Medvedev within the historic closing of the US Open 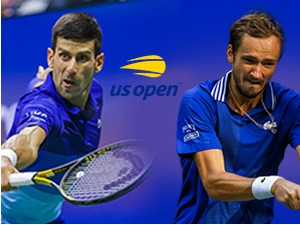 The best tennis player in Serbia has the opportunity to win tonight’s final through unusual records and write new pages of tennis history that will be a challenge for new generations.

Already by placing in his ninth final of the US Open, and a total of 31 in his career, victory over Alexander Zverev, Novak Djokovic achieved a number of records. He intends to crown an incredible series of 27 victories at the Grand Slam tournaments this season with a new triumph, which few have succeeded in the modern age of tennis. He would thus surpass the legendary Australian Rod Laver, the only player to win the calendar Grand Slam in 1969, and tonight he will present the winner with a trophy.

On the other hand, Danil Medvedev, second on the list of the best tennis players, who has lost only one set at this US Open so far, enters the match much less relieved.

Medvedev is in the semifinals defeated the talented Canadian Oger-Oliyasima with 3: 0 (6: 4, 7: 5, 6: 2) in sets and in his third final of his career, he won the title in one of the big four tournaments.

The unique final duel between Novak Djokovic and Danilo Medvedev, which will certainly be spectacular and will be remembered in the history of tennis, regardless of the outcome, starts at 10 pm and you can follow its course and the movement of results on our portal.

Engjellusha Salihu a little for home