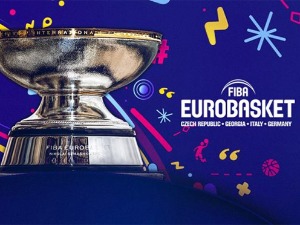 Igor Kokoškov’s team will play at the European Championship in Group D in Prague next year, and the opponents will be the Czech Republic, Poland, Finland, Israel and the Netherlands.

The European Championship was supposed to be held this year, but due to the coronavirus pandemic, it was postponed to next fall.

24 teams are participating in Eurobasket, which are divided into four groups.

Serbia, along with France, Spain and Greece, was in the first hat in the draw.

The European Basketball Championship will be played from September 1 to 18, 2022, in four countries – Germany (Cologne), Italy (Milan), Georgia (Tbilisi) and the Czech Republic (Prague).

The host of the final of the tournament and the fight for the medal will be Berlin.

The title of champion is defended by Slovenia, which defeated Serbia in the final in 2017.