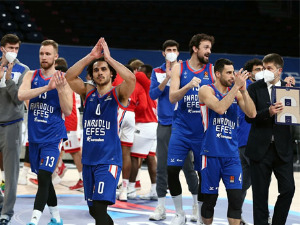 Olympiacos had a 15-point advantage after the first quarter, but a phenomenal second section of the Turkish team followed, which they won with 32: 8.

The attacking torments of the Greek red and whites continued in the third quarter, in which they scored only nine points.

Among the guests, the only double-digit player was Larencakis with 10 points.

Armani was convincing on his floor against Maccabi with 87:68.

Panther led the scorers of the Italian team with 15 points, Hines added one less.

In the ranks of the Israeli team, the most efficient were Hunter with 16 and Dorsey with 11 points.