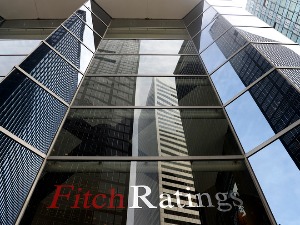 Fitch states, in the published report, that Serbia’s rating is supported by a credible macroeconomic policy, thanks to which low inflation and a stable exchange rate have been preserved, the Ministry of Finance announced.

Keeping the credit rating at the same level confirms that even in the conditions of the pandemic, Serbia managed to maintain the stability of the economy, a strong financial sector, good export results and save jobs.

In the new report, due to the strong recovery of domestic demand in the first half of 2021, Fitch increased the forecast of the growth of the gross domestic product (GDP) of Serbia for this year to 6.3 percent, which is significantly higher than his forecast from March. It also expects GDP growth above the long-term trend in the coming years.

The agency points out that, after the budget deficit drops to 1.3 percent of GDP in the first six months of 2021, its continuous reduction is expected in the period 2021-2023. years, due to the positive effects of the implementation of government measures to support the economy.

Namely, Fitch predicts a drop in the budget deficit in 2022, at the level of the whole year, to 3.2 percent of GDP, and its further reduction to 1.9 percent in 2023, it is added in the announcement of the Ministry of Finance.

The Agency’s report states that a strong banking sector has been preserved, credit activity has grown, the share of problem loans has been reduced, and that timely and comprehensive fiscal and monetary measures have been taken. All this together significantly helped to avoid the big shocks caused by the corona virus pandemic.

Responsible economic policy in previous years and good economic results, achieved in the period before and maintained during the pandemic, have resulted in stable and sustainable public finances, and the effects of the crisis in Serbia have been significantly mitigated.

On the positive side, the agency cites the fact that the average maturity of debt was extended to 6.7 years from 6.1 years, as it was at the end of 2019, and that the share of debt denominated in foreign currency decreased by 2.0 percentage points and at the end of June it was about 69 percent.

By including Serbian bonds in the renowned J.P. Morgan Emerging Markets Bond Index and the progress made in strengthening the liquidity of the secondary market of government securities, financing conditions have improved with increasing the attractiveness of the domestic market and the inflow of new investments.

Fitch emphasizes the ability of the Government and the state to deal with the crisis in an appropriate way, praises the success achieved in the vaccination process and believes that Serbia has found a way to go through this crisis without significant imbalances and not only recover quickly, but also progress.

A stable forecast for the coming period is proof that the Republic of Serbia continues to pursue a responsible monetary and fiscal policy, aimed at further reforms, in order to improve the business environment and increase investments.

Thanks to all that, according to Fitch analysts, further stabilization of the economic situation in the country can be expected.

Kosovo, US base for verifying suspected Afghans – Latest News