HOW ARE YOU NOT SHAMEFUL ?! UNSEEN RUDENESS OF TRADERS after the announcement of the state that they may give assist! RAISE PRICES IN HEAVEN! 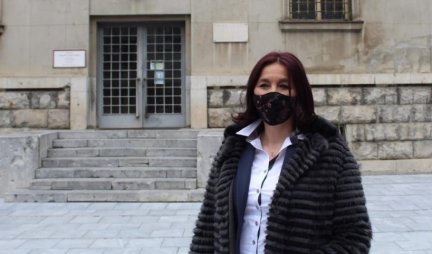 And although traders explain this jump in prices by price increases on the world market, it is an unprecedented insolence. The price increase came just when the state announced that it would finance those households that intend to replace the old carpentry with 50% from the fall.

As traders more or less hurried to raise prices, it should be said that cities and municipalities will only announce a public call for the selection of companies that will perform the works, and that list has yet to be formed.

Statistics show that more than 70 percent of buildings and houses in Serbia do not have adequate, and most often no insulation. The Ministry will provide an opportunity to insulate the building, and for the state to participate in the financing. However, as things stand now, this venture will cost much more than at the beginning of the year.

THE MAYOR ANNOUNCED IMPORTANT NEWS: Great works are starting on the main road through our Uzice!

Roads of Serbia: Works on the Bypass around Belgrade, on the roundabout Resnik!

– All construction materials coming from China have risen in price by 20 to 40 percent due to the high price of transporting goods by container. More expensive are facade nets, corner moldings and formwork, which is used for formwork – says Tanja Aprcovic, who works at a Belgrade warehouse.

However, according to the owners of some warehouses, the price increase also has to do with the announcements that the state will subsidize the construction of the facade and the replacement of carpentry.

– However, there is no serious reduction in sales, because work is still being done and built, although people may be a little more cautious due to the whole situation, which is uncertain – states one of the owners.

And throughout Serbia, the situation is similar with rising prices. In Čačak, blocks and tiles increased in price by about three dinars, styrofoam of five centimeters jumped from 170 to 230 dinars per square meter, while glues are about 20 percent more expensive. A businessman from this city, Rodoljub Popović, says that he has not remembered such a jump in prices for 30 years, how much he has been doing this business.

– The most expensive sheet metal is 15 millimeters, so in June last year it cost 420, and now 780 dinars – says Rodoljub Popovic.

The owners of the construction warehouses state that they themselves are confused, so they level the prices every hour.

– Rough construction materials, such as blocks, bricks or tiles, have risen in price by about five percent, while a large jump in prices has been recorded for materials for painting, facade works and insulation works – states Slavica Zivkovic from the Association of Contemporary Clay Products Industry of Serbia.

Citizens will be able to become producers of electricity as early as the summer if they decide to install solar panels, regardless of whether they live in a house or an apartment, on the basis of which their electricity bills will be reduced.

The life of solar panels is 25 years, and the investment in them can pay off in seven to ten years, Mihajlović explained, adding that the price of panels falls every year.

– Through solar panels, we will be able to produce almost ten percent of the energy we now get from thermal power plants – the minister explained, explaining that this will be made possible by the adoption of a completely new Law on Renewable Energy Sources and amendments to the Law on Energy Efficiency, whose proposals the Government should adopt this week.

According to her, if someone wants to install panels, first the design house must do the project, then the location conditions and a decision on whether works can be performed on the roof or on the walls of the building or house must be obtained.