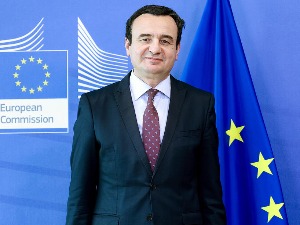 Kurti announced on his Facebook account that he had offered four proposals, the first being that “six Western Balkan countries are advancing from CEFTA to SEFTA (Southeast European Free Trade Agreement), according to the EFTA-EEA model, ie the agreement that Liechtenstein, Norway and Iceland have with the EU “.

Another proposal is for Belgrade and Pristina to immediately sign a joint peace declaration pledging not to attack each other.

“This is more important than ever, the day after the NATO summit in Brussels and the unanimous messages there,” Kurti wrote.

The third proposal is that “after mutual recognition, we have bilateral reciprocity, including the issue of minorities.”

“So, Serbs in Kosovo can have their own National Council, as Albanians and Bosniaks in Serbia have,” Kurti said.

The fourth proposal concerns the issue of missing persons, whom Kurti claims have “disappeared by violence” and that the head of the Serbian Commission for the Enlightenment of Missing Persons, Veljko Odalovic, should be removed from that post, because according to Kurti, “1997-1999 he was the chief of staff of the Kosovo district , and ruled occupied Kosovo together with Zoran Andjelkovic “.

“My first proposal was not answered, while the other three proposals were rejected. I hope that upon their return to Belgrade, Mr. Vučić and Mr. Selaković will think more and seriously consider accepting these proposals,” Kurti wrote.