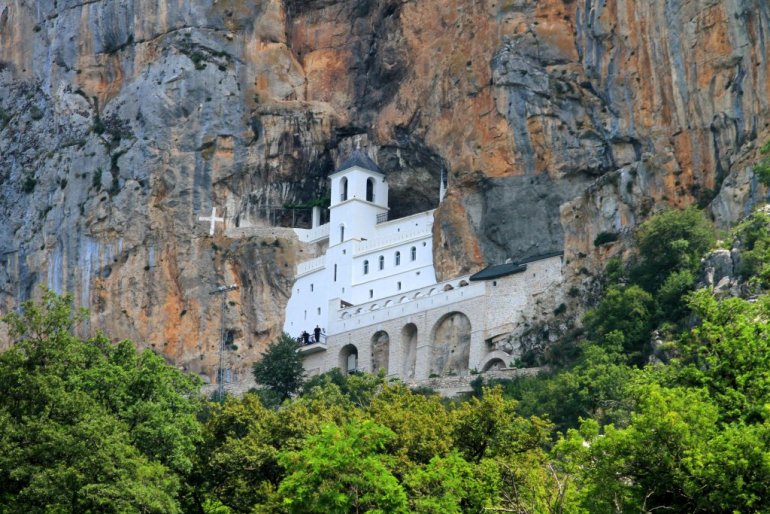 St. Basil of Ostrog is celebrated on May 12, and since this year that date falls on Wednesday – fasting is mandatory.

He was born as Stojan Jovanović in Popovo polje near Trebinje, and already at the age of 12 he was sent to the monastery of Zavala, where his uncle Seraphim was abbot. After finishing the monastery school, he received the monastic rank and became the parish priest of Popovo polje.

He served in many cities, from Mostar, through Herceg Novi and Pljevlja, Morača, to Ogonošt and Bjelopavlić. He died in 1671, a his relics and tomb are kept in the monastery of Ostrog in Montenegro, to which many miracles are associated.

Miracles in the Ostrog monastery

There are numerous written testimonies of people that the prayers addressed to St. Basil of Ostrog were answered – everyone whom this saint helped, writes the whole story on paper during the next visit to the Ostrog monastery and leaves it in the Upper Monastery, and the monks collect, store and turn it into a book.

Some of the old legends that testify to the mercy, kindness and power of Saint Basil, among other things, is the story that a baby fell out of the cradle from the top of the Upper Monastery a long time ago.

Since the Upper Monastery is located in the rocks of the mountain Ostroška greda, almost along the cliff, at as much as 900 meters above sea level, the mother was frightened and believed that she had lost her child. However, the baby was found alive and well on the ground at the foot of the mountain, smiling happily.

Also, the fire that broke out on the mountain Ostroška greda spared both monasteries and nearby chapels.

The fact is that during the Second World War, a bomb fell over the Upper Monastery of Ostrog, but it never exploded. People who have ever slept under the auspices of this sacred building say that it was the most peaceful night they slept.

Because they feel very safe, many visitors to the temple choose to sleep outside – in the hostel next to the monastery there are beds, but also blankets that are available to every visitor and are allowed to take them outside.

The only thing that is not allowed is photography inside and in the gate of the Upper Monastery. If you ever go to this holy place, it is customary to bring a bottle of oil, which the monks consecrate during services and give to the faithful in small bottles, which are used for healing. You should also bring sugar, which remains in the monastery and which everyone can use. However, the most important thing is to bring a pair of black, men’s socks – It is said that St. Basil’s socks are always torn because he gets up and walks at night, so the monks change them every day.. 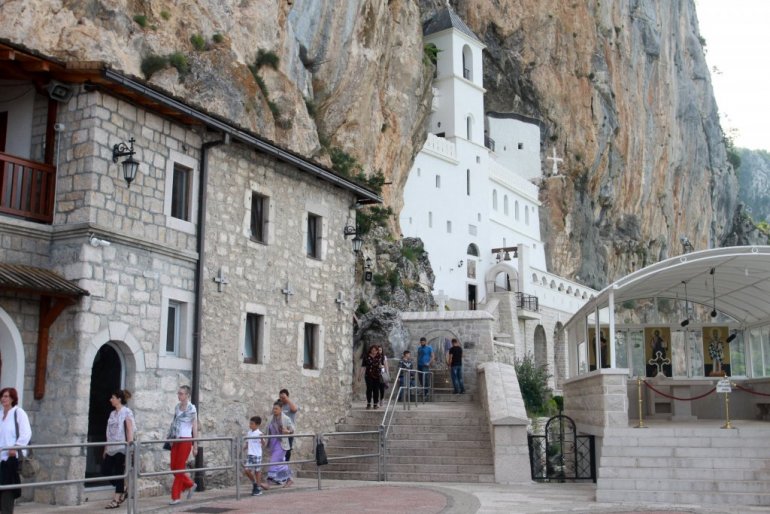 Women are not allowed to enter in short skirts, even in trousers – the obligatory costume is a skirt at least to the knees, as well as covered shoulders and chest, and a scarf should be put on the head. Men should also come with a covered body, so we must not enter in sandals and shorts.

On certain days, the hand of Saint Basil was discovered so that the faithful could kiss it during a tour of the monastery, and all who had the opportunity to see it were discovered.

Also, in the monastery, you will have the opportunity to hear that the saint lost his hand to some sinners, not allowing them to kiss her.

If you know a person who is preparing for a trip like this, you should take oils, incense and cotton to take with you and leave it with the saint “to spend the night”. 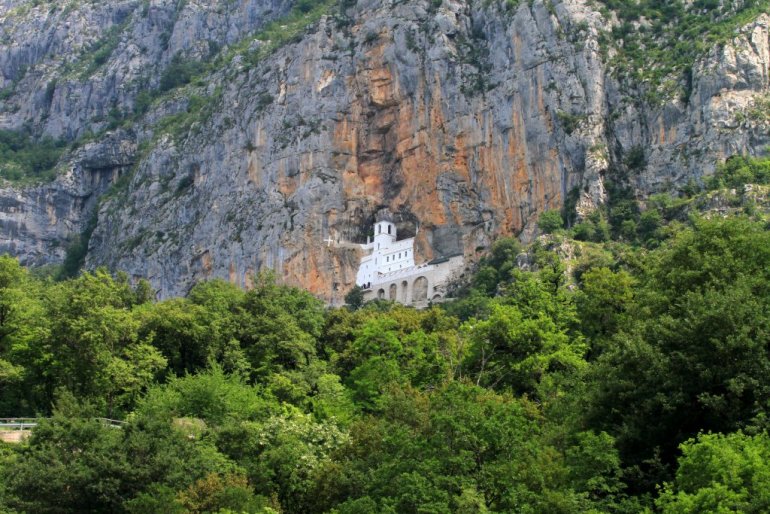 It often happens that both Catholics and Muslims take vows, because everyone in this area is convinced of the great miraculous powers of Saint Basil, so it is believed that the things they spend the night at his relics cure all diseases.

A holiday without customs

No pagan customs or rituals are performed on this great holiday and the red letter in the church calendar.

On the feast of St. Basil, the only thing you need to do is to sincerely pray to the miracle worker – it is believed that every sincere wish from the bottom of your heart will be fulfilled.

Many believe that if they vow to go to the Ostrog monastery on the feast of St. Basil, theirs, or the illness of someone close to them, will disappear “as if taken away by hand”.