IN THIS PART OF SERBIA, THE MOST SNOW WILL FALL! It’s also identified how lengthy the chilly wave from the Arctic will final! 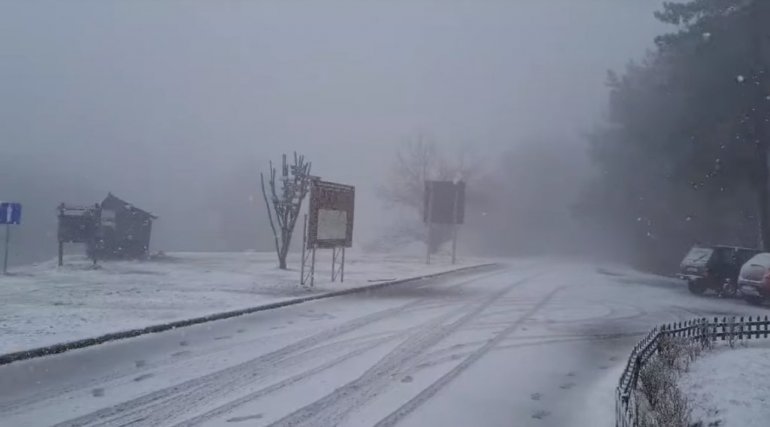 Climatologist and professor of meteorology at the Faculty of Physics in Belgrade, Vladimir Đurđević, told RTS that it will snow during the night in Serbia. It will be warm again next week.

Vladimir Đurđević explained that last weekend we were hit by a cold wave from the Arctic so intense that in some parts of Europe it brought historically low temperatures for this time of year.

– The cooling is coming, the clouds are coming, so that by the end of the day, a cold wave will hit the whole of Serbia. It will start raining first, and later during the night it will probably snow. When the wind starts to blow a little stronger, it is a sign that a cold wave is approaching, which is slowly descending from northern Europe. – states Đurđević.

He explains that it is not unusual for us to have some snow in April.

– There will be snow on the mountains, this episode with snow will, I say, be more abundant than the previous one, especially in western and southwestern Serbia, so there will probably be an accumulation of snow in the mountains during the night, there is already about a meter of snow on Kopaonik, but again from Friday we are expected to melt and that snow will melt relatively quickly – adds Đurđević.

After this penetration of cold air, as Đurđević says, a period of warm weather awaits us.

– Which might take two or three weeks, so that from next week, sometime on Tuesday, temperatures close to, and maybe over, 20 degrees are expected for several days. Maybe after that there will be some cooling again, but not of this type – we will be in some limits expected for this time of year with temperatures between 10 and 15 degrees, but at the beginning of next week temperatures should be even above the average for this time of year – explains Djurdjevic.

APRIL SNOW SURPRISED THE CITIZENS OF OUR COUNTRY! It was noticed all over Serbia! / VIDEO /

Speaking about air quality, he states that currently the air quality in Belgrade is good.

– In the previous days, we had rain, as soon as it rains, it washes the pollution out of the air, so that after that the air remains of good quality for another day or two. Today we have a slightly stronger wind again, we will have precipitation again, so as far as the next four or five days are concerned, we can be carefree as far as air quality is concerned – says Đurđević.

He explains that there are episodes of high air pollution in April.

– We had a few of those episodes last year. So we have not yet come out of the heating season during which we have a big problem with pollution – stated Đurđević.