Indiscriminate distribution of cash is an inefficient and costly measure 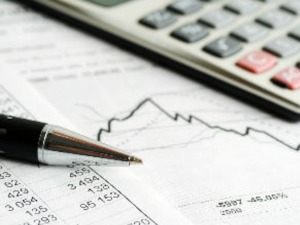 The body reminds in the “Fiscal and economic analysis of non-selective cash payments to citizens” that the recently adopted rebalance envisages in 2021, as they claim, a non-selective payment of 60 euros to all adult citizens (in two equal installments in May and November) and an additional 50 euros for all retirees (in September).

“The purpose of these measures in 2020 and 2021 is (according to the government’s explanation) a fiscal incentive to increase domestic demand. However, such measures are inefficient and very expensive – the payment of 100 euros cost 72 billion dinars (610 million euros) in 2020.” and the measures from 2021 will cost over 50 billion dinars (440 million euros) “, the analysis states and adds that the budget of Serbia does not have the funds for their implementation, so these expenditures are financed by state borrowing of over one billion euros.

The first problem with the non-selective payment of funds to all adult residents (with an allowance for pensioners), as they say, refers to the amount of funds needed for its implementation, given that the payment of 100 euros to all adult citizens in 2020 cost 610 million euros. An additional 440m euros are planned for similar purposes this year.

Thus, it is stated – one-time payments to the population in these two will cost the budget a total of more than a billion euros.

He also points out that what citizens receive today through the division of 100 or 60 euros is not a gift from the state, but tomorrow the same citizens will return the money received with interest from their taxes.

The Fiscal Council states that it should be borne in mind that the public debt of Serbia, which currently amounts to almost 60 percent of GDP, is too large, taking into account the economic development of the country.

“Such subsidies to the population have only a slight impact on the acceleration of GDP, and only about 10 percent of the paid funds are returned to the budget through increased tax collection,” the Fiscal Council states.

The body states that the analysis shows that the payment of 100 euros to adult citizens affected the acceleration of GDP in 2020 by a maximum of about 0.2 percent, that it cost the budget about 1.3 percent of GDP), while the effects of the payment will be 60 euros and a supplement of 50 euros for pensioners to GDP growth in 2021 to be slightly less than that.

The body claims that this is not a good measure from the point of view of social policy either, because one-time payments cannot permanently solve the problems of inequality and poverty, which are structural (permanent) in nature, and they believe that aid is not well designed because it does not exist. a justified measure of social policy in which the same funds are given to poor and richer citizens, and Serbia, they say, is currently the only country in Europe that has opted for non-selective money transfers.

The Fiscal Council notes that the payment of targeted financial aid to the United States, which paid $ 1,200 to all citizens earning up to $ 75,000 a year (plus an additional $ 500 per child) as part of the first aid package, is completely incomparable with Serbia.

“The economies of the United States and Serbia can hardly be compared in any segment. The United States is a large and developed economy (the largest economy in the world) that borrows in its own currency and can print money. Due to the size of the economy, fiscal measures aimed at increasing private consumption “In the United States, they can have a tangible effect on stimulating economic growth in a recession. However, this does not apply to small and open economies like Serbia, where much of the demand spills over to imports and does not sufficiently stimulate domestic economic growth.” other Fiscal Council in analysis.