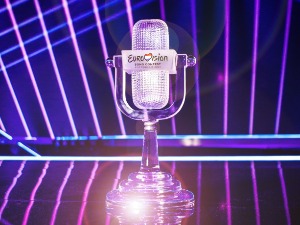 The Maltese have been participating again since the competition in Rome in 1991, and since then they have never missed the biggest music festival in Europe.

Since 1981, when Cyprus was first part of the “Eurosong”, the inhabitants of the island in the eastern Mediterranean have been waiting for victory.

Unlike Malta, Cyprus rarely failed to participate in the Eurovision Song Contest – Cypriot songs were not only heard in 1988 in Dublin and in 2001 and 2014, both times in Copenhagen.

Cyprus was closest to victory in Lisbon in 2018, when Greek singer Eleni Fureira managed to take second place.

Since the competition in Dublin in 1994, Lithuania has been trying to win the “Eurosong”. It is the only Baltic country that did not win, as Estonia (2001) and Latvia (2002) succeeded.

However, they did not always participate. After their debut, when they took the last place without a single point, the Lithuanians withdrew from the competition until 1998, and skipped the competitions in 2000 and 2003.

They achieved the best placement in 2006, when the Lithuanian representatives took the sixth place. They were confident then, as the group “LT United” performed the song We Are The Winners, alluding to victory.

Songs from Albania were first heard at the “Eurovision Song Contest” in Istanbul in 2004, at the biggest competition so far, when the semi-final evening was introduced.

Since its debut, Albania has never missed an opportunity to present its songs at the biggest music spectacle.

The “Eurovision Song Contest” in Kiev in 2005 was the first for Moldova, which we have watched every year since.

The Moldovans did not give up the competition even when they were last in the semifinals in 2014.

They recorded the greatest success in 2017 in the city where they made their debut. Then Moldova won the third place.

Another country for which the Kiev “Eurosong” was the first in 2005 was Bulgaria.

Unlike Moldova, the representatives of Bulgaria did not compete in 2014 and 2015, but in recent years they have recorded high rankings.

The competition in Kiev in 2017 was the most successful for Bulgaria as well – Kristijan Kostov returned home with a silver medal.

The smallest country that competes in the “Eurovision Song Contest” made its debut in Belgrade in 2008.

However, the capital of Serbia did not remain in their fond memories, as they were the last in the semifinals, and they even gave up their participation in 2009 and 2010.

San Marino has not given up on the competition in Dusseldorf in 2011, when this year’s representative Senit sang for them.

However, it seems that at the “Eurosong”, size is important, since, except this year, they managed to be in the finals only in 2014 and 2019, and their best placement is 19th place.

122 patients with COVID-19 are being treated in UCCK and hospitals, 6 in serious condition – Latest News