JAZAVAC FRIGHTEN IN UZICE! Made a break within the metropolis middle, frightened residents CALLED HUNTERS / VIDEO / 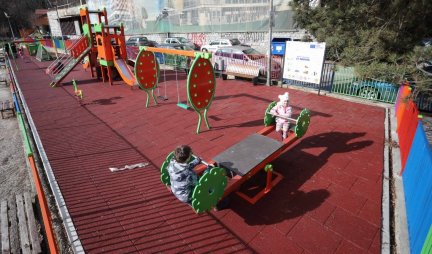 In Krcunova Street in Užice, with the intervention of two hunters and firefighters, after two and a half hours of fighting, the “danger” was eliminated..

Hunter from Uzice, Dragan Acimovic, says that he has never experienced something like this, even though he has been a hunter for many years.

– The citizens first called the communal inspection, and they probably called the republic hunting inspector. We were allowed by two hunters from the association to catch a badger with the assistance of firefighters, but since it is a dangerous wild animal, we also had permission to kill it.

We found a badger between a high wall and a house wall, which is about 20 cm wide and five to six meters long. First, the firefighters tried to catch him with rods with a noose and pull him out. But it’s a badger, so they didn’t make it. A fellow hunter also tried to drive him out with some long sticks, but he couldn’t. He also brought his terrier dog, it wasn’t worth it either. After two and a half hours, we had to kill him. And so dead it was difficult to get him out – says this hunter.

CHILDREN ARE THE MOST IMPORTANT! Uzice and Sevojno get two playgrounds for children, the value of the EU donation is 40,000 euros / PHOTO /

UZICE WATERFALLS WORKED! In the middle of the night, a large water pipe burst, a torrent of water created chaos in the city / PHOTO / 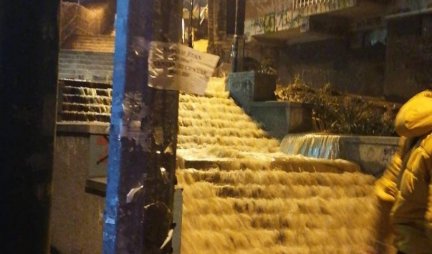 According to the story he heard from the citizens from the street, they suspect that the badger has been there for a long time, because he started to feel an unpleasant smell. Also, the neighbor’s dog barked incessantly.

– I don’t even know where the badger came from, when there are buildings, houses, streets … I guess it came down a stream that flows nearby. It was an adult animal, 15 to 20 kg. From the experience of other hunters, and mine, I know that this is a very dangerous animal because of its claws and teeth. Even a bear and a wolf can be tamed, but no one has ever tamed a badger – says Dragan.

The citizens of these settlements feared for the safety of their children, because the children were playing in the street and on the nearby school playground, where a badger was spotted in the evening.