Lekaj: The Kurti authorities is the weakest because the declaration of independence 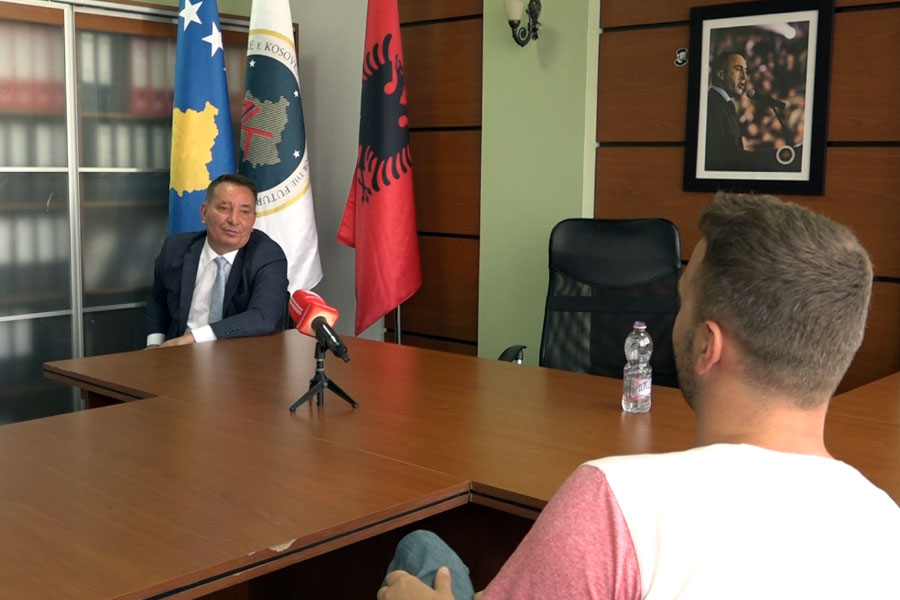 The Vice President of the Alliance for the Future of Kosovo (AAK), Pal Lekaj is considering the Kurti Government the weakest since the declaration of independence.

On the 100th day of the formation of the executive, Lekaj criticizes Prime Minister Kurti for his approach to public institutions, dialogue and, as he says, the tendency to break relations with the United States.

AAK MP says for KosovaPress, that apart from dismissals and “uploads”, the Kurti Government has not done anything in these three months of government.

“With the actions so far, I can call the government ̈ the weakest that Kosovo has had since independencë. This gives me to understand that these have come more with resentment, which has been in the past not to accept, but to be in the sense that for 20 years they have done bad and now the same are doing with independent institutions… they are bringing in the arrogance of numbers and behaving like the opposition, instead of acting and improving the lives of citizens and supporting those who have lost their jobs, they are counting. “I said this, with the utmost kindness I wanted to find something positive for this government pos apart from the dismissals and uploads, they have not done anything good even those dismissals they are making without having a preliminary report”, he says.

According to him, Prime Minister Kurti’s approach to dialogue with Serbia does not differ from previous governments, even though Kurti is calling it a new dialogue.

While criticizing him for his statements about the association of Serb municipalities in Kosovo.

“Now he is not calling it an Association without executive powers, but he is calling it a Geographical Association. What this means, I think here is a fog that Kurti is slipping into what he himself has opposed and saying yes. We as AAK will monitor the actions of the Kurti Government, especially in dialogue with Serbia. Going into dialogue without having a clear framework is wrong, he has criticized the previous government and he is still making the same mistake. I do not see any change regarding the approach to dialogue “, declares Lekaj.

In addition, Lekaj raises doubts that the Biden administration will reduce the level of interest and cooperation with the Kurti Government.

The Kurti II government was voted in the Assembly of Kosovo on March 22 this year, while on June 30, 100 days of governance with the executive take place.

IF I EVER UNDERSTAND WHAT FREEDOM MEANS, IT IS IN THIS PLACE, IN KOSOVO AND METOHIJA! Patriarch of Porphyry at present in Gracanica! Photograph / Video