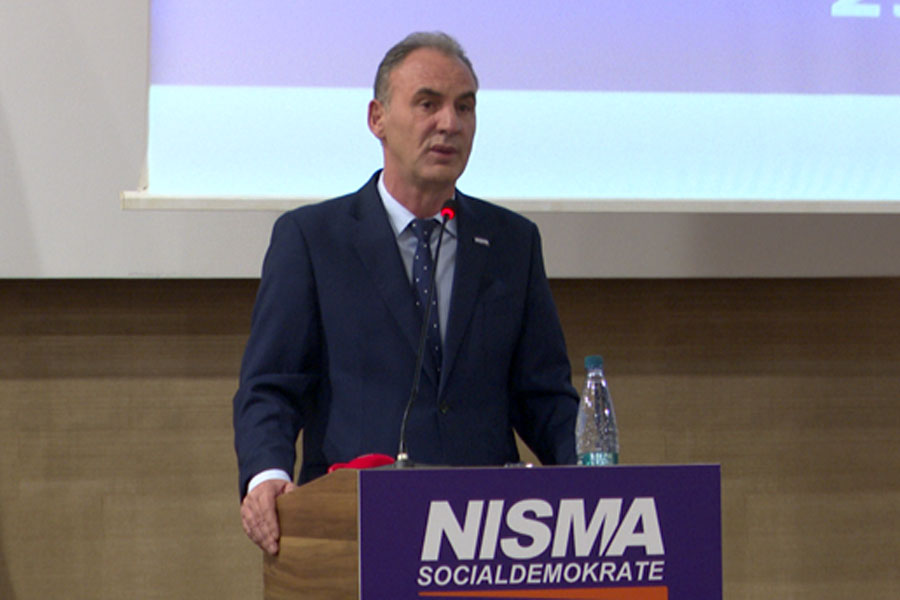 Fatmir Limaj has been re-elected chairman of the political entity of the Social Democratic Initiative.

Limaj received the trust of all delegates who were present at the II Electoral Assembly of the Initiative.

In his speech after the re-election, Limaj thanked the delegates for the trust given, pledging to continue the commitment in promoting our national values.

“The initiative as a moderate center-left party, to continue with social policies, in the promotion of social policies. In promoting democratic values ​​in Kosovo, in promoting and advancing the rights of citizens regardless of religion or ethnicity. In strong support of the category they need most…. The Social Democratic Initiative of Kosovo is strongly committed, determined to promote that no one violates the glorious history on which this state is built. “We are proud as an heir, a citizen who comes from a glorious and historical past”, he said, among other things.

He added that they will be a strong opposition voice and will not allow Kosovo to slip into autocracy and despotism.

“It will continuously expose as opposition any negative phenomenon wherever it comes from. The Social Democratic Initiative as an opposition force must be a strong opposition voice and will oversee and correct governance and the majority. “We will be here as a guarantee that we will not allow Kosovo to slip into autocracy, despotism and political and moral degeneration,” he said.

According to him, Kosovo-Albania relations should not depend on individuals, as our destiny is common and so we should move forward.

Limaj also spoke about European integration and visa liberalization, saying that the EU should keep its word.

He added that given the tendencies that have bad objectives for the Balkans, but also aimed at destabilizing and disrupting the Euro-Atlantic path of countries in the region, Kosovo should have a bilateral agreement with the United States.

“I think it is time for the state of Kosovo to start discussing and making a formal request for Kosovo and the United States to conclude bilateral agreements on security issues. Such an agreement is crucial, extraordinary for Kosovo but not only for Kosovo but also for the region. More than ever, Kosovo needs such a bilateral agreement in the field of national security cooperation. This would put an end once and for all to those who do not recognize the state of Kosovo, those who view it with hostility towards Kosovo. “This would send a clear message to those who continue to challenge our existence as a people and as a state.”

According to him, the US has such agreements with several countries, especially those it considers friendly.

He also spoke about the dialogue with Serbia, saying that Serbia should recognize the crime and genocide they committed in our country and then make a mutual recognition agreement, as it will not be allowed to lose everything that has been done so far in Kosovo.

Can the register of abusers stop sexual violence? – Latest news