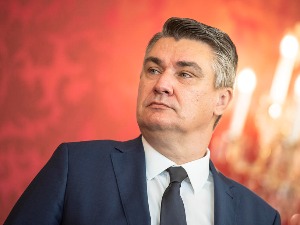 Seven war decorations and the rank of Major General Branimir Glavas in 2010 were taken away by the then president Ivo Josipović, reminds the Croatian Index.

Milanović made the Decision on the termination of the validity of the decision on revoking the decoration of Glavas on the basis of Article 98 of the Constitution and Articles 2 and 36 of the Law on Decorations and Recognitions.

Milanović’s decision to terminate Josipović’s decision was published in the Official Gazette (OG 59 / 2021-1139), and it is stated that it was passed on 21 May at the proposal of the State Commission for Decorations and Recognitions of the Republic of Croatia on the basis of two court decisions a reversal in the ‘duct tape’ and ‘garage’ cases, in which Glavas was charged with committing war crimes.