Lloyd missed the check for the victory, the painful defeat of Zvezda from Zenit 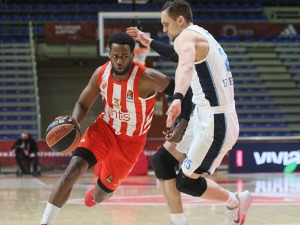 The Red Star tied its fourth defeat in the Euroleague, as it is after a dramatic finale Zenit celebrated in Belgrade.

Despite the fact that the Serbian team was in the mood for a three-point shot at the very start of the match, Zenit quickly consolidated their ranks and took control of the match.

After the first ten minutes of the game, Zenit led with six points, and in the second quarter, the advantage was double-digit in favor of the guests.

In the middle of the second half, Zenit had a maximum advantage of 15 points and it seemed that the Russian team would manage to defeat the decimated Red Star relatively easily.

However, Dejan Radonjić’s team played much better in the second half.

The star primarily increased its intensity on the defensive level, allowing Zenit only 13 points in the third and 15 points in the last quarter.

The Serbian representative in the elite competition managed to completely make up for the difference in the fourth quarter, and then, with the points of Davidovac, he completed the series 12: 0 and took the lead.

Jordan Lloyd had a huge opportunity to bring victory to his team five seconds before the end of the match. Lloyd bypassed the first guard at school, then broke through on the pass, but he was inaccurate, so Zenit managed to keep the advantage and record the victory.

The most efficient in the team from St. Petersburg were Pengos with 25 and Rivers with 9 points.

In the ranks of the Red Star, Lloyd stood out with 21 and Dobrić with 13 points.

The Russian team broke a series of three defeats and with a score of 14-9 takes the seventh place on the Euroleague table, while Zvezda is penultimate with a result of 7-17.