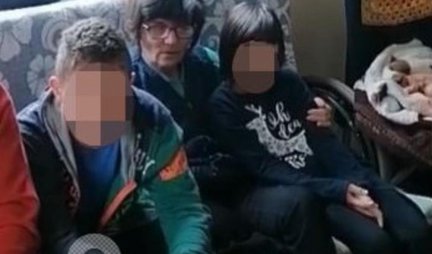 Milan Ćurčić has been proposed as the new director, who was the president of the municipality of Blače until the summer of last year. He takes office on Monday.

– Then I will get to know the case in more detail. We will do everything to keep the children calm and to protect them-
Ćurčić said briefly.

According to our information, there is a possibility that the case of grandmother Ljiljana Dačević (58) from Suvo Do and her grandchildren Marko (14) and Marijana (10) will be transferred from the Blač Center for Social Work and given to someone else for processing and analysis.

Director of the Center for Social Work in Blace dismissed, DISCIPLINARY PROCEEDINGS INITIATED AGAINST WORKERS WHO PULLED BOYS

“THERE IS AN INDISPUTABLE GROUND FOR CHILDREN TO BE MOVED” The Ministry announced again about the case of children from Blace, they mention their GRANDMOTHER

– It is best for the case to be taken over by a third center after everything that happened, primarily due to the behavior of the director and the workers – said a person who is well versed in this case.

The fate of grandmothers and children has stirred the whole of Serbia and the region. The case received media attention when last Friday the director Petrović and the workers of the Center for Social Work tried to force the children out of the house where they have been living with their grandmother for two years, who became disabled five months ago.
amputated leg disease.

The children do not want to leave their grandmother and move in with another grandmother who evicted them two years ago. They lived on 10,000 social assistance, and then Serbia rose to its feet when it heard their tragic story.

Now they have a team of lawyers who represent them for free, they received a monthly scholarship, their house is
arranged … They have all the conditions to live normally and the way they want. Grandmother Ljiljana D. submitted a request for custody of the child-

– Please, let us be together, this woman has been repeating for days.

Detention measure is imposed against 10 persons, suspected of these criminal offenses