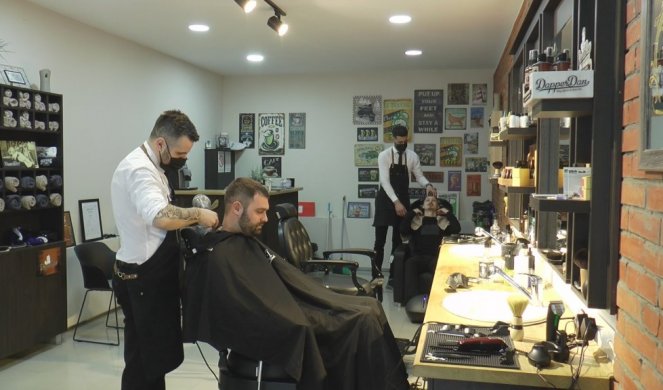 He spent 13 years in the civil service and then dared to start his own business, and he “stole” ideas while traveling abroad, where he saw that the barber business was returning to fashion, that more and more men paid great attention to their appearance and decided to try your luck.

“Unlike my old job, my head is calmer here, here I come to terms with the fact that I may get physically tired, but then when I finish I have no mental pressure. That was my guiding star. To improve my knowledge I found an academy in Sarajevo, where I learned the secrets and skills of the barber business, and then improved them by expanding with additional content, “Nemanja told RINA.

Thus, a barber shop was established in Užice, which is also known in the region, so we can wait several days for the scheduled date. The scope of work at the very beginning showed that the need for such a salon in the city of Cetinje was great.

“We wanted to be different and adopt that western look of the salon, which means a different way of haircut, Latin American style, and merged with the Turkish facial treatment, where the end product is the royal treatment. , we do facial treatment, wash our hair, peel with a black mask, do a head, hand and foot massage with a neck massager at the same time, in essence it is a relaxing treatment that we try to bring as close as possible to the people of Užice, “said Tarić.

Although he announced that he needed workers, he did not want to leave his modest business to anyone, so he hired brothers with whom he functions as a team and family as the first trusted associates. 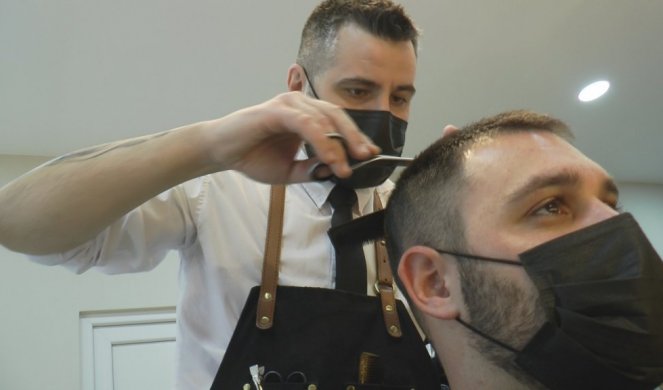 “We started six months ago and we are satisfied. At the very beginning, I placed an ad to look for a worker, and with my colleague George who responded to the ad, we became a boom in the city overnight, then many more associates called, but I still wanted to I hired people I trusted and hired my brothers, and so the business remained within the family, “Nemanja pointed out.

Taric plans to expand his business in the future and make it a brand recognized in Serbia, and adds that the key to success in business is to be surrounded by good people and do the job you love.

Day of mourning in the family of Kadri Veseli, loses the close man