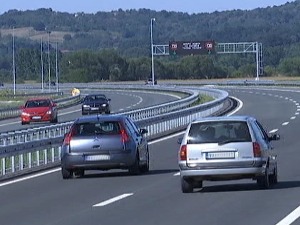 Vladimir Vida, as a guest in the RTS morning news, said that the biggest crowds during the past weekend were on the busiest roads, primarily on highways where a larger number of vehicles is noticeable, especially foreign registration plates.

He said that two serious traffic accidents happened last night – in Krusevac, where one motorcyclist was killed, while in Pirot, one pedestrian was killed on the highway.

Speaking about the statistics, Vladimir Vida said that since the beginning of the year, there have been 16 and a half thousand traffic accidents, in which 214 people were killed, five less than the previous year.

“Statistics from previous years show that there are a larger number of accidents in the summer months. Whoever travels, should go on the road rested, to take breaks,” Vida explains.

He points out that fatigue has been shown to be one of the biggest causes of tragedies, especially on highways.

He adds that since the beginning of the year, more drivers who were driving under the influence of psychoactive substances have been discovered than for the entire last year.

The guest of Jutarnji dnevnik also invites the organizers of school excursions to report those excursions, so that the police can control the technical correctness of the vehicle, as well as the driver. He states that they had cases when that was not done.

Vladimir Vida from the Traffic Police Administration concludes that the traffic police has strengthened the control on the highways. He appeals to drivers to use seat belts.

The list of beneficiaries of subsidies for cultural projects is announced