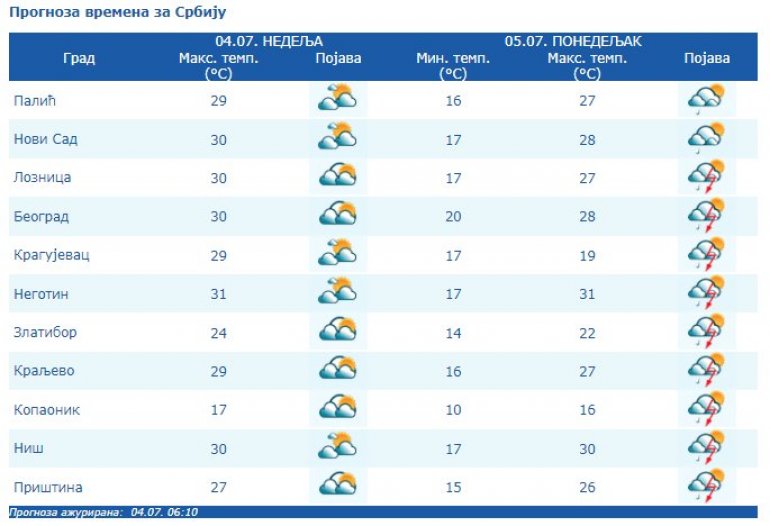 The minimum temperature will be from 11 to 18 degrees, the highest daily from 26 to 31 degrees, RHMZ announced.

The wind will be weak and moderate, occasionally strong in the east, northwestern wind.

It will be mostly sunny and a little warmer in Belgrade. The minimum temperature will be around 18, the highest daily around 30 degrees.

According to the weather forecast for the next seven days, until July 11, on Monday it will be changeable and unstable, with occasional rain and showers with thunder.

By Thursday it will be mostly sunny and very warm with daily temperatures well above average, and on Friday and Saturday, with variable clouds, with local showers and thunderstorms.

Remittances enhance, this 12 months they’re anticipated to be over 1 billion euros

REAL ESTATE MARKET IN SERBIA EXPERIENCES! The costliest sq. meter of an residence is…