/ PHOTO / AND HOW DID HE TAKE IT TECHNICALLY? A photograph of a stand with Serbian plates in Greece stirred up the networks THEY KNOW HIM FROM BELGRADE TO THESSALONIKI! 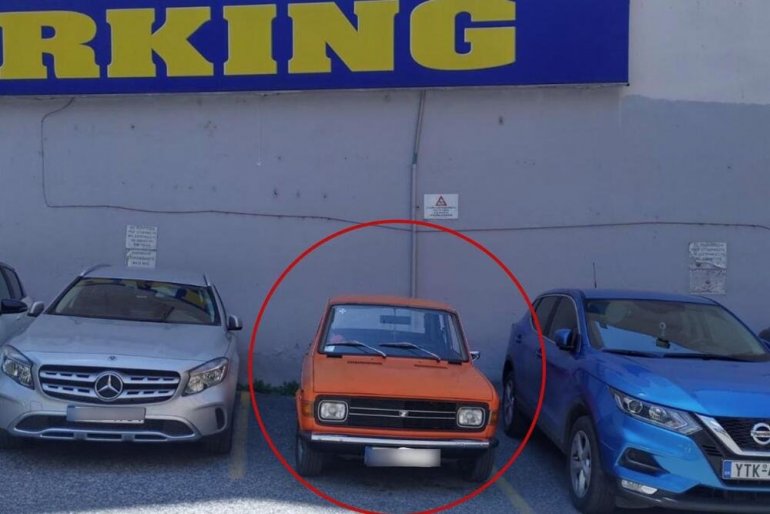 The photo shows the legendary “ace” of Belgrade license plates parked next to expensive limousines in front of a supermarket in Thessaloniki.

– How did this one just pass the technical inspection!?! And he still dared to go to Greece and then straight to Lidl – asks the user who posted the photo.

Comments on social networks are just getting rarer.

– This car, even when it breaks down, can be repaired with a few tools … Today’s without a computer and I don’t know what vicissitudes you can’t even replace the hose – wrote one user.

– What’s wrong with him? You quickly forget that we traveled all over Europe with “flag” vehicles not so long ago. Congratulations to the owner of this car – wrote one user.

– We have traveled in cars like this for years. They are safer than they are now. You do it technically before the trip and you split. And if there is a malfunction, there is always one of the mechanics who fixes the malfunction on the spot. With this car, today is a nightmare – added another user.

Judging by the comments, “stojadin” from the photo is the property of a Serbian citizen who has been living in Solon for 20 years and supplies Hilandar with all the necessary necessities.

– You can see the car every Sunday morning on the Thessaloniki-Jerisos route when he goes with his family of five to the liturgy in Hilandar – one user discovered and emphasized that it is a road of 250 km.

The owner allegedly drives the same car to Belgrade, 650 km away, every two months.

The popular “Zastava 101” was a car produced by a car factory from Kragujevac from 1971 to 2008. It was created on the basis of the then technically very modern “Fiat 128” with a slightly modified rear part.

The car has been produced in more than a million copies. It very quickly gained the status of a national vehicle in the former Yugoslavia and became the best-selling “Zastava” vehicle. Due to the affordable price, it quickly flooded domestic roads and streets, and it achieved significant export success, primarily in the countries of Western and Eastern Europe, but also around the world.

Gërvalla pays an official go to to Northern Macedonia