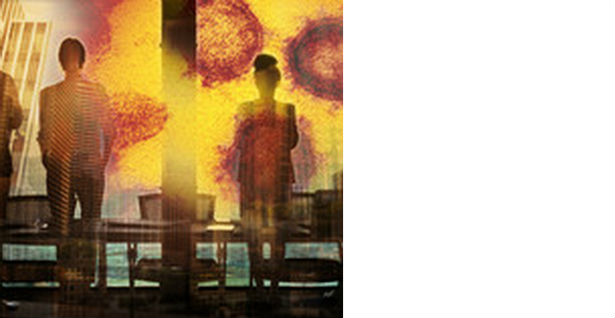 The delta strain of coronavirus has arrived in Serbia and many are worried about the fact that it is spreading much faster than the previous one.

Although it is not more deadly, it gives a different, but not more severe clinical picture, but it is only one in a series of mutations of kovid 19. And the latest mutant, which threatens us after the delta is the so-called lambda strain, which began to spread from Latin America and it has already been found in 29 countries around the world.

A week ago, this strain from the Andes, better known as variant C37, was classified by the World Health Organization in the category “under observation”, because it leads to frequent infection and appears at the same time in several countries, writes Deutsche Welle.

Microbiologist prof. Dr. Nada Kuljić Kapulica warns that this variant of the virus has not yet been sufficiently researched, but that there are indications that it is transmitted even faster than other known strains.

– Previous strains were in the second degree by weight of variants, which means that they are a cause for concern. The Lambda strain is still not sufficiently known and is in the first degree of the variant as a strain that is “interesting”. It has not been proven yet whether this strain gives a heavier clinical picture, and it is only assumed that it is transmitted faster – she said for “Kurir”.

He adds that the effect of the vaccine on this strain has yet to be determined, as well as the effect of the acquired antibodies on it. She pointed out that the virus from South America has spread to the world, and even some parts of Europe, and that it is therefore getting closer to us and that it is a matter of days when it will appear in Serbia:

– Lambda strain has spread around the world, it is also found in Germany, Italy, England, Australia. Although the consequences are not yet known, it is definitely spreading fast.

Jairo Mendez-Rico, an expert on viral diseases at the World Health Organization, told Deutsche Welle that so far there are no indications of aggressive behavior of the lambda variant.

– Although there is a possibility of a higher infection rate, we still do not have substantiated research to compare this strain with gamma and delta variants – he said, but added that the vaccine is an effective remedy against mutant strains:

– All approved vaccines are generally effective against all corona variants that are in circulation around the world. There is no reason to assume that this is not the case with lambda strains.

By the way, the lambda variant first appeared in August 2020 in Peru. Almost a year later, that strain dominates there with 82 percent. In Chile, this strain causes every third infection.

On “Torlak” substance for “satellite V”

The Minister and President of the Intergovernmental Committee for Cooperation with Russia, Nenad Popović, announced that a significant amount of the substance for the production of the “Sputnik V” vaccine would be delivered to Serbia today at the “Torlak” Institute.

– This is a quantity of the substance sufficient for the production of over 250,000 doses of component 1. After ten days, according to the announcements of our Russian partners, a substance for the production of the same amount of component 2 vaccines should be delivered to Serbia. have about 550,000 vaccines “Sputnik V” component 1 and component 2 – said Popovic and added that after the control at the Russian Gamaleja Institute, vaccines produced in Serbia will be released on the market.

The new wave is not dying for us, there will be stricter measures

E Epidemiologist Dr. Predrag Kon said yesterday that we still do not have enough vaccinated people, that a new wave is threatening us in the fall, and that the return of stricter measures is not excluded.

– When the wave starts, we can’t just let it go. We will have to react somehow – said Dr. Kon for TV K1 and noted that “the third dose of the vaccine is a reality”. He does not expect the new wave to be at the beginning of September, but a little later, when, as he said, we may have about 1,000 infected people a day. When asked what he would do at this point, there is no dilemma:

– I would introduce mandatory vaccination for certain groups of the population.