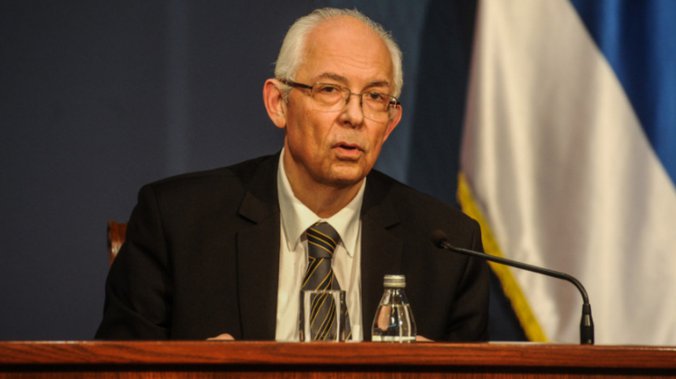 The crisis headquarters for the suppression of the Covid-19 infection is meeting tomorrow at 4 pm, and one of the reasons is the increase in the number of infected people, Belgrade media have learned unofficially.

Although the Crisis Staff was originally planned to ambush on August 1 due to the third dose of the vaccine, the date has been moved, and tomorrow’s meeting will primarily analyze the situation with the increase in the number of infected, the media have learned unofficially.

According to the source, there are no concrete measures at the moment, but there will most likely be talk about what can be tightened if the numbers continue to grow.

– The date has been moved because the number of infected people is increasing, which is not good. People have relaxed, which is also not good, so instead of August 1, as planned, the Crisis Staff will meet a little earlier, and the goal is certainly analysis because the numbers are growing. The analysis will move in the direction of which of the measures can be sharpened if there is a bigger jump, because it can happen that the numbers jump sharply, and then you need to have a plan prepared in advance, the media unofficially find out.

New measures at the end of August?

According to the epidemiologist and a member of the Kizni staff Dr. Predraga Kona, although this variant is not yet the most dominant in the world, the assumptions are that it will reach its peak in Serbia at the end of August, which will cause the introduction of new measures.

– Currently, the delta strain is registered in more than 120 countries, while the alpha or British strain has affected almost 180 countries. However, that dominance and dominance in virus variants will continue. The delta variant is now making a significant breakthrough in our country, so we assume that the absolute dominance of delta strains in Serbia will be only at the end of August and the beginning of September – said Kon and stated that although he is dissatisfied with the current epidemiological situation, we are still not in an emergency. that we can very quickly reach the four-digit number of corona sufferers.

The introduction of new anti-covid measures is uncertain for now. According to experts, the measures will be taken in accordance with the situation.

Although it is uncertain for now what measures will be taken first to prevent reaching the four-digit number of those infected with the corona, according to the early assumptions of experts, limiting the gathering would be the first step.

– Meetings cannot be approved without first knowing whether people have been vaccinated or not, tested or not. Everyone who is unvaccinated and goes to rallies must know that their risk of infection and disease, and unfortunately also of diseases of more severe forms, is about 30 times higher than that of vaccinated people – explained Dr. Kon.

It is speculated that the currently possible gathering of 500 people in one place could be reduced to 50.

According to Dr. Cohn, it is not impossible to ban public gatherings if the epidemiological situation is far more serious, but that complete closure is no longer logical and is not an option because we have vaccines.

bearing in mind that the new wave is coming before autumn, as was first expected, and even in early August, it is very likely that in order to prevent the virus from exploding, the announced festivals will be banned during this month. Restrictions on the operation of catering facilities could be among the first corona measures, and also, if new measures are introduced, the ban on indoor indoor matches will be among the first.

The situation in a month can be worrying

State Secretary at the Ministry of Health Mirsad Đerlek he said the current epidemic situation is complex and could be worrying in a month. He says that it is very risky not to be vaccinated to wait for the delta strain in the fall.

He explained for which citizens the third dose of the vaccine is recommended, but also pointed out that everyone can call and receive the third dose.

Dr. Kon pointed out that the epidemiological situation has worsened and will continue to worsen, as well as that he expects that the number of newly infected people on a daily basis will exceed 300 during this week.

The World Health Organization (WHO) said the rate of coronavirus spread has accelerated in some countries, with Greece and Cyprus having the highest rates of infection since the pandemic, according to data from national agencies, while Spain and Portugal have the highest number of infections identified in recent years. six months, writes Tass.