RHMZ ON THE YELLOW METEO ALARM! Showers and thunderstorms are coming, the entire of Serbia can be UNDER IMPACT! 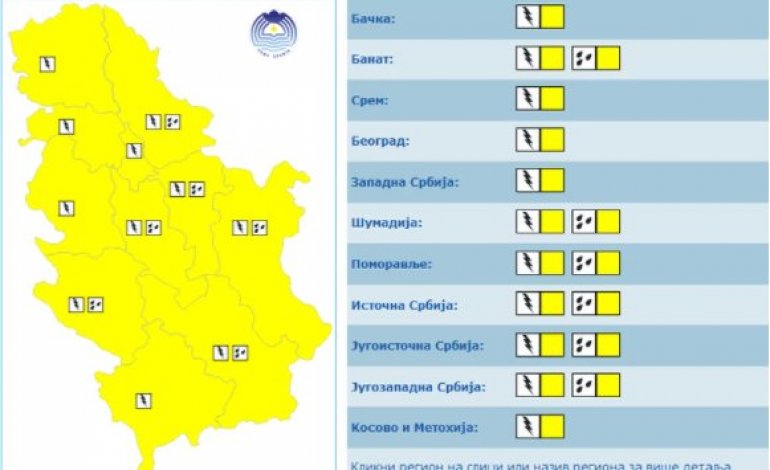 As expected, the weather will worsen compared to today, so there will be thunderstorms in almost the entire country, but also precipitation in Šumadija, Banat, Pomoravlje, eastern, southeastern and southwestern Serbia, as well as in Kosovo and Metohija.

The yellow alarm is “on” for Tuesday, June 1, when thunderstorms are expected, but less precipitation.

Otherwise, the yellow meteorological alarm means that “the weather can be dangerous (potentially)”, more precisely that the weather phenomena that were predicted are not uncommon, but caution is needed.

With rain, a weak and moderate wind is expected in the lower regions tomorrow, while occasionally strong, northwestern and western winds will blow in the mountains as well as in the east of the country, and the highest daily temperature will not exceed 21 degrees.

Unstable weather during the next week as well

Although summer is approaching according to the calendar, the weather conditions show a totally different picture.

According to the forecast for the next seven days, it will be variably cloudy and unstable until Wednesday, with occasional rain, showers, thunderstorms and daily temperatures below the average for this period of the year.

On Wednesday, the clouds are expected to decrease, with a smaller increase in temperature and less frequent occurrence of short-term rain or showers. Then mostly dry and warmer, with temperatures around the average for this time of year.