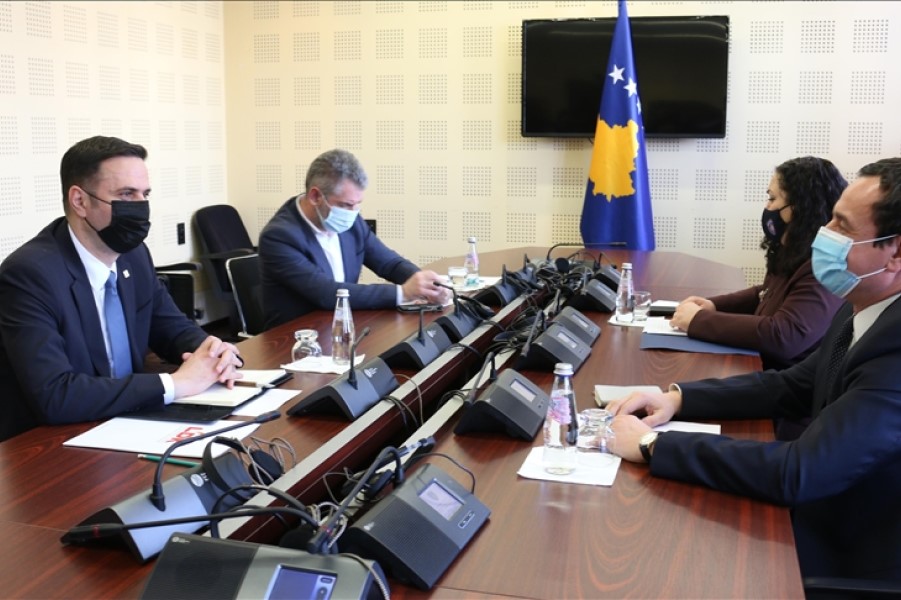 The head of the Government of Kosovo, Albin Kurti is expected to meet today with the chairman of the Democratic League of Kosovo (LDK), Lumir Abdixhiku.

The Kurti-Abdixhiku meeting is expected to be held at 11:00 in the building of the Government of Kosovo.

These meetings were convened by Prime Minister Kurti to discuss issues of national interest, for which he had repeatedly stated that these issues will be consulted and will seek the genuine cooperation of opposition parties and leaders.

Abdixhiku confirmed his participation in this meeting for KosovaPress days ago.

The Head of Government initially met with the leader of the Alliance for the Future of Kosovo (AAK), Ramush Haradinaj, a meeting that was held on Monday at the Government building.

Prime Minister Kurti informed Haradinaj about the meetings he had with the highest representatives of the European Union in Brussels and about the preparations for the process of the next dialogue with Serbia.

Meanwhile, Haradinaj demanded greater involvement of the United States of America in the dialogue with the European Union, where he stressed his and AAK’s readiness for cooperation with the Government on topics of national interest.

The Prime Minister of the Republic of Kosovo, Albin Kurti, sent an invitation for a meeting to the Democratic Party of Kosovo, but this meeting was rejected by the acting president of this party, Enver Hoxhaj.

MONSTERS IN THE ANNOUNCEMENT, TERRIBLE ABUSE OF BOYS WITH SPECIAL NEEDS! In Bački Jarak, eights compelled a seventh grade pupil to SATISFY THEM ORALLY