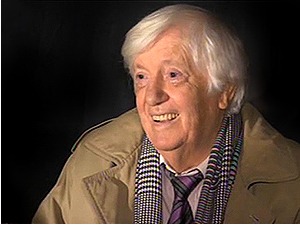 He finished high school in Požarevac, and then left pharmacy studies in Belgrade.

He soon started working as an extra, among other things in JDP.

He performed for the first time as a singer at an audition organized by the Association of Jazz Musicians of Serbia, after which he started singing at numerous city parties.

Songs – Whistle at eight, Blue in blue, Shy serenade, the audience often asked for an encore at the performances.

The second LP, called Mustafa, was released in 1962. The following year, he began his career in the Soviet Union, where he was very popular and where he held concerts with a large audience.

In 2009, he performed at Beovizija together with the Oscar and the band “Beauty Queens” in the song Superstar.

He said goodbye to the audience in general in May 2004, with a concert at the Sava Center.

On the occasion of George Marjanovic’s 75th birthday, the RTS Cultural and Educational Program made a series Like Once in eight of five episodes about his life and career, which was promoted at the Russian House, in the presence of delegations from Russia, Belarus and Ukraine.

For his 80th birthday, in October 2011, a concert with Milord with love was held at the House of Trade Unions in Belgrade, with the participation of numerous musicians, including Leo Martin, Miki Jevremović, Cune Gojković …

Throughout Serbia, there were clubs of fans of George Marjanovic, Djokist, which he regularly visited, shook hands with and took photos.

To the delight of the audience, in June 2016, he appeared at the Song of Summer festival in Smederevo and performed the songs Whistle at Eight, Novels and Never Too Late on the playback.

Djordje Marjanovic is the winner of a large number of awards and recognitions, including the Golden Microphone of Radio Belgrade (2016), the Sretenje Order of the Third Degree (2015), and the Golden Plaque of Belgrade.

You have all seen this flower, but no one knows it works wonders