See a physician instantly when you’ve got THESE SYMPTOMS 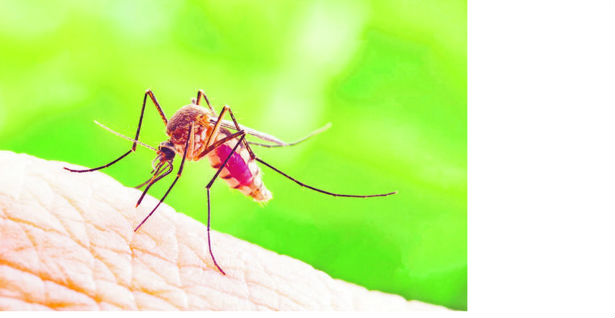 BELGRADE PEOPLE CAUTION! Mosquitoes detected with West Nile virus: See a doctor immediately if you have THESE SYMPTOMS

The laboratory of the Sector of Ecology and Environmental Improvement of JKP “Gradska čistoća” during the analysis of caught mosquitoes from the territory of the city of Belgrade detected the West Nile virus, and fellow citizens are advised to be extra careful.

“We ask our fellow citizens to behave responsibly, to use repellents, mosquito nets and to avoid staying outside during the period of the greatest activity of these insects, which is in the period from 19 to 24 hours, when our teams carry out mosquito control actions,” it is stated in announcement of this utility company.

As they say, the appearance of the West Nile virus was expected, “that’s why we entered the process of engaging aviation”.

Pay attention to these symptoms

“Unfortunately, our suspicions have come true and that is why I appeal to my fellow citizens to be careful and not to ignore the symptoms, and to be sure to call a doctor due to high fever, headache, weakness or rash in the chest area,” says the director of JKP “Gradska cistoća”. , Marko Popadić.

He once again appealed to his fellow citizens not to interfere with the company’s actions and to allow the teams to intensively control mosquitoes, because that is the most important thing at this moment.

“I hope that my fellow citizens understand that any obstruction of mosquito control actions endangers the health of all Belgraders,” Popadić warned.

The sector of ecology and environmental improvement of JKP “Gradska cistoća” will continue daily monitoring at 24 locations on the territory of Belgrade, while the laboratory will continue the analysis of the caught samples.

Residents of Belgrade can report locations where they notice an increased presence of mosquitoes every working day from 07.00 to 15.00 by calling the toll-free number 0800 000 807 or by e-mail to [email protected]

Workers of the Sector of Ecology and Environmental Improvement of JKP “Gradska cistoća” will tomorrow implement measures to control and control mosquitoes on public areas on the territory of Belgrade.

The action of controlling adult forms of mosquitoes with devices from the ground will be carried out from 20 to 24 hours, it was announced from “Čistoća”.

The teams will use a preparation registered by the Ministry of Environmental Protection and entered in the Provisional List of Biocidal Products.

The company appeals to the citizens to enable the teams to work unhindered, as well as to the beekeepers to take the necessary measures to protect the bees during the treatment.

Zymberi: Balkans took money to replace the field with synthetic grass and did not do so – Latest News