The College of Southern California pays $ 1.1 billion to victims of sexual abuse by a former gynecologist 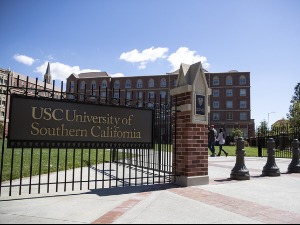 The amount was announced in the High Court in Los Angeles, after the lawyers of more than 700 women who sued the university stated that they accepted the compensation amount of 852 million dollars.

The USC previously agreed to pay former students a sum of 215 million dollars in a case that received an epilogue in 2018 before a federal court.

Tyndall, the only full-time gynecologist at the student health clinic from 1989 to 2016, was accused of abusing a generation of women from the United States. After the Times uncovered his troubled history at the university three years ago, the 74-year-old was stripped of his medical license and arrested.

He has pleaded not guilty to dozens of sexual assault charges and is awaiting trial.

The University of California settlement, according to the paper, is covering up recent payments in other university scandals.

Huge sums were paid by other universities as well

The State University of Michigan paid $ 500 million in connection with the sexual abuse of gymnasts and others for which Larry Nasser is accused, while Penn State had to settle claims related to the sexual abuse of Jerry Sandusky for more than 109 million dollars.

The huge number of potential victims, about 17,000 women that Tyndall treated for three decades, also made a mass settlement inevitable, according to the LA Times.

Prosecutors’ lawyers were also “armed” with evidence that university officials had known about the problems with Tyndall for decades and had failed to fire him. Staff internal files detail how complaints about Tyndall have been abused or ignored over and over again, prompting the U.S. Department of Education to sanction the university last year.

Within a few years of Tyndall’s arrival on campus, clinic supervisors learned from the patient and colleagues that the doctor had photographed the student’s genitals, according to a 2018 study. The photos were later found in his personal pantry and office.

Students told clinic staff that he asked them questions about their sex lives and gave suggestive comments about their bodies. Nurses have reported for years that he inappropriately touched female students during examinations.

Only after nurse Cindy Gilbert reported Tyndall’s behavior at the campus rape crisis center in 2016, the USC suspended him and launched an internal investigation.

Tyndall was allowed to resign in silence, and the USC never warned the California Medical Board until the paper began inquiring with university staff about it.

Sahidja publishes the most beautiful photo with her husband