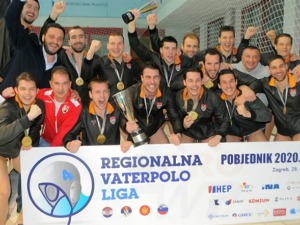 In Zagreb, after the victories over the teams of Mladost and Jug, Rdnički reached a historic success. When you left for Zagreb, could you expect two victories over strong teams and winning the trophy of the Regional League champions?

“I can’t say that this success was expected, but the whole team believed in it. The finals of the regional league were preceded by a cup game where we had an extremely strong opponent and that helped us realize that we are worth a little more than we are in that At the moment, they thought that we could fight for the highest trophies, “said Stefan Todorovski.

At what point did you realize you could be a champion? Is it in the semifinals, when you made a big turnaround, or in the finals, when almost every one of your attacks was a goal?

“I think that moment was before that semifinal match, because we entered it all with the belief that the time had come for us to do it, to beat Mladost, for the moment to prove ourselves. It was the right moment for a Serbian club shows that it can do what we have not been able to do in previous years, “said Stefan Brankovic.

The director of the Radnički Water Polo Club, Jugoslav Vasović, pointed out that this is the second trophy in club sports in terms of value, right after the Champions League. How did Kragujevac accept the fact that it has water polo champions?

“This is a really great success, and I must repeat that we are not yet aware of what we have done. I agree with our director, and this is a great success for Kragujevac and the whole of Serbia. We have growing support from the city in our work and I hope that it will stay that way, “Todorovski stated.

In the further conversation, Radnički’s water polo players talked about the club’s further ambitions after the victory over Partizan in the domestic championship, as well as about participation in the work of the national team.

They especially pointed out that winning this trophy has a great impact on the popularization of water polo and confirmed the information that Kragujevac will also have a women’s water polo team.

They expressed hope and expectations that winning the trophy will additionally motivate children and youth to play this sport.

A employee dies, falls from the peak of a constructing in “Veternik” of Prishtina