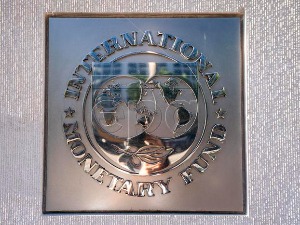 Presenting the new, April issue of the IMF’s “Global Economic Outlook 2021”, Gopinat said in an online address, which was also followed by Tanjug, that the increase in the forecast for global gross domestic product (GDP) growth was based on unprecedented fiscal support from domestic governments. response to the corona pandemic.

In that context, she especially emphasized the huge, recently adopted package of US economic stimuli of 1.9 billion dollars.

She added that the improvement in the outlook for world GDP was also influenced by the acceleration of the recovery of the American economy, which the IMF now predicts growth for 2021 of as much as 6.4 percent, the fastest since the early 1980s.

At a press conference on the eve of the spring session of the IMF and the World Bank, which will be attended by a Serbian delegation, Gopinat warned that the projected growth will continue to depend largely on the development of pandemics and the success of vaccination around the world. still not vaccinated.

She also said that with the end of the moratorium on loan repayment, a sudden jump in the illiquidity of companies around the world is expected, as well as that economies will face difficulties when governments stop providing financial assistance.

According to a new estimate by the Fund, the world economy fell by 3.3 percent last year, which is less than the originally projected decline in January of 3.5 percent.