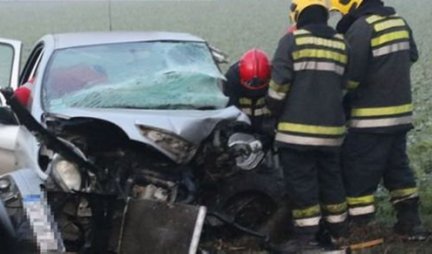 From Valjevo to the highway Miloš Veliki, due to the constant traffic jam, it takes about 45 minutes to travel. Three times before, it will be reached by a fast road that is being built intensively.

From Iverko to Lajkovac, it is 18.3 kilometers long, with two lanes in both directions, with one loop and 19 bridges, it is designed for speeds of up to 100 kilometers per hour.

– Over 80 percent of the embankment was built on the entire route and we are currently performing works on the rain sewer, in the places where the consolidation of the embankment has been completed. We are also performing work on two bridges. Bridge number 18 is in the preparation phase and works on the bridge number 16 have progressed – says Predrag Milanović, technical manager of the project.

Works on the regulation of the river Kolubara are also being performed, considering that this is a flooded area.

ACCIDENT IN DRAČIĆ NEAR VALJEVO! In the collision of the south and the Volkswagen Polo car, one driver was killed and another was seriously injured

China is building 250 silos in three locations, intentionally VISIBLE, causing FEAR! US GENERAL warns: Chinese will THREATEN Russia as the main nuclear threat to the USA! 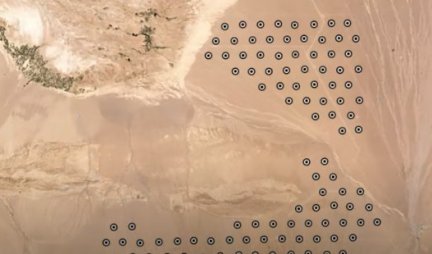 The height of the embankment along the entire route is between six and seven meters. A total of six kilometers of the Kolubara watercourse will be regulated, on which the longest bridge of 930 meters is being built. Every day, 250 workers, machinists and construction experts are engaged on the fast road.

– The investor is satisfied with the current dynamics of works and it is being performed in accordance with the set plans. It is especially important that the contractor managed to build all the approaches to the bridges in time as part of the preparatory works, which will enable the bridges as the most important part of this project to be built on time and without major problems. – said Zvonimir Avramović from Putevi Srbije.

The fast road is of vital importance for the survival of Valjevo, for its development, life and future.

– I think that the fast road should be used to make a good connection with the industrial zone ‘Novi put’, where foreign companies coming to Valjevo and the existing economy will have great benefits. – says Boban Pantelić, director of the company “Bosis”.

The mayor of Valjevo, Lazar Gojković, points out that the greatest importance is that Valjevo is becoming interesting for new investors.

– This was shown by the arrival of the German company ‘Bizerba’, which signed the contract and now currently receives the location conditions for the construction of its factory, and another German investor showed interest and we are in a final phase of negotiations with them. – said Gojković.

The fast road that will connect Valjevo with the Miloš Veliki highway will cost 158 ​​million euros. The Chinese company “China Shandong” promised that the works would be completed in December next year.

An illegal superstructure is demolished in Dardania, Prishtina