THE MOST PAID NON-WORKER “WORKS” ONLY ON THE SITE Tomislav Nikolić continues to be the “essential” for cooperation with China and Russia, however one “division” slipped out of his hand

THE MOST PAID NON-WORKER “WORKS” ONLY ON THE SITE Tomislav Nikolić is still the “main” for cooperation with China and Russia, but one “department” slipped out of his hand

On Friday, the Serbian government appointed Finance Minister Sinisa Mali as the new national coordinator for cooperation between Serbia within the Mechanism of Cooperation between the People’s Republic of China and Central and Eastern European countries and opened the question of where and what Tomislav Nikolic, President of the National Council for Coordination of Cooperation with Russia and China ?!

Judging by the official website of that council, Nikolić has not done anything since July 8, and even then he did not do God knows what – he congratulated the President of China Xi Jinping on his birthday and thanked him for that.

Since he left the position of President of Serbia in 2017, Nikolić has rarely appeared in public. Immediately after the “abdication”, the former leader of the Progressives became the first man of the then newly formed National Council for Cooperation with Russia and China, which part of the public interpreted as a kind of political severance pay. 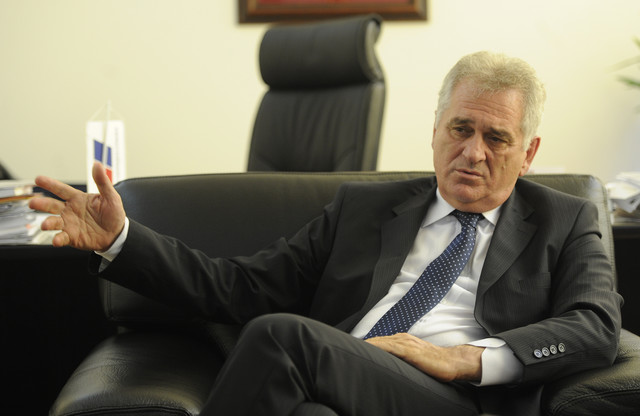 It is not strange to deal with Russia and China, considering that he has always turned to the East, which, at least in his case, is always ahead of the West. But, to this day, it remains unknown what exactly Nikolic is doing, and what exactly are the citizens of Serbia paying for? By the way, “Blic” has already written that the formation of Nikolić’s council with 30 employees costs tens of millions of dinars a year for the citizens of Serbia. As a reminder, only in 2018, the National Council for Coordination of Relations with Russia and China had a budget from the state treasury of as much as 50 million dinars, while in the second half of 2017 it had 38.4 million dinars at its disposal!

On the other hand, during the official visits of the Serbian delegation to Moscow or Beijing, that is, Russian or Chinese representatives to Serbia, Nikolic could rarely be seen anywhere, especially not in the front rows. That is why the question of his role is still being asked, especially since the day before yesterday Mali was appointed the new national coordinator for cooperation between Serbia and China and the countries of Central and Eastern Europe? Is there still a need for a National Council for Relations with Russia and China when there is already a national coordinator with a similar or the same role?

Last seen in front of the Presidency building

The National Council for Coordination of Relations with Russia and China points out that they continue to work smoothly and that they can answer all questions by e-mail. It is interesting that on the official website of this council, in the section “current events”, the last news is from July 8 this year, under the title “The President of the People’s Republic of China sent a letter of thanks to Tomislav Nikolić”.

It is a letter on the occasion of Nikolić’s birthday greeting to the President of China Xi Jinping, who stated in his answer, among other things, that the former President of Serbia is an old and good friend of the Chinese people and his personal friend.

Nikolic was last mentioned in public at the end of July, when he was seen entering the presidency building for a conversation with the current president of Serbia, Aleksandar Vučić. Some media then speculated that the former leader of the “Progressives” could be in the executive branch, which Nikolic immediately denied.

– It was a quality conversation in which Aleksandar presented some of his dilemmas regarding the challenges that await Serbia both domestically and abroad. And nothing more than that – said the ex-president.

A living nest in a villa on Dedinje

After the presidential function, Nikolić, in addition to the political one, also found a nest of life, no less and no more than in the villa on Dedinje, about which “Blic” has already written. Namely, by the decree of the Government of Serbia, the former president remained to live in 800 square meters in the most elite part of the capital, since the building in Užička Street 23 was designated for him to stay. 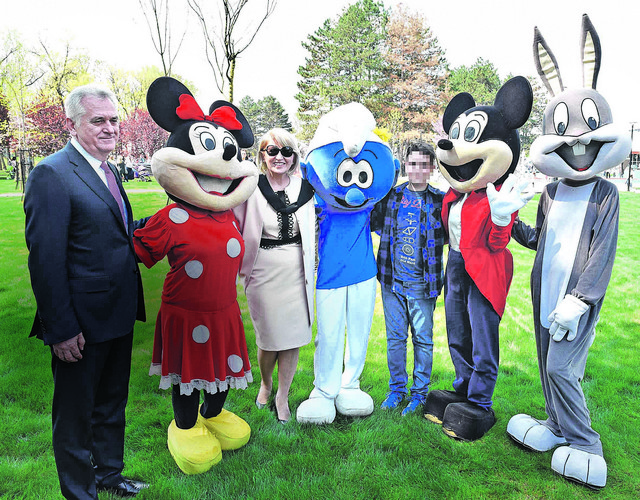 The decision also stipulates that the villa will accommodate foreign guests within the work of the National Council for Coordination of Relations with Russia and China. The stay of Nikolić in the villa on Dedinje costs the citizens of Serbia several thousand euros a month. That was not enough for him either, so last year he asked a couple of citizens to install an awning on his villa, which costs no less than 960,000 dinars!

By the way, the former president has been holding the title of the highest paid unemployed person in Serbia for years. His work before, and especially during the presidential term, was accompanied by numerous controversies, from the fact that he was in conflict with his once closest associate and successor in office, Aleksandar Vučić, through the construction of illegal buildings such as cottages on the Sava, the problematic work of his wife Dragica’s foundation. donors have remained under a veil of secrecy to this day, until the adoption of children, relatives and friends to state and local positions. due to the non-transparent collection of money for the foundation named after his wife “Dragica Nikolić”, which is why millions went into private pockets, but also private business, primarily with the illegal construction of a mini hydro power plant near Arilje. 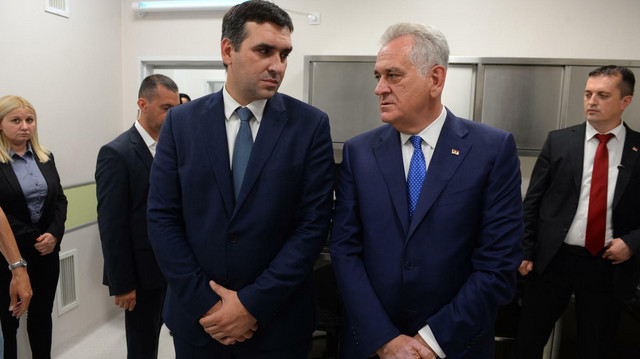 As a reminder, Tomislav Nikolić has been retired since June 1, 2017 and receives 95,000 dinars a month while volunteering as the president of the National Council for Coordination of Relations with Russia and China.

Finally, the successor of Tomislav Radomir Nikolić was followed by numerous scandals in Kragujevac, where he was the mayor until recently. Namely, the media, among other things, wrote that he suspended the tender for maintaining hygiene worth 18 million dinars, in order to give the job to a company whose owners are close to his family in the negotiation procedure.

THIS IS NOT DONE TO ONE CHAMPION LIKE A NOVIC! ATP humiliated Djokovic like by no means earlier than, and CONGRATULATIONS! The followers cannot imagine it