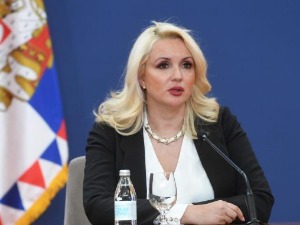 The Minister specified for the show “In the center of attention” that the application of the Law on Social Cards will enable a fairer distribution of money for the most socially endangered groups and establish better control of social benefits.

“With the introduction of a single social card register, a centralized database, all the facts that are relevant for someone to exercise their rights will be in one place. Citizens will no longer have to go from counter to counter, they will be able to finish with their ID number and initial request. in one place “, says Kisić Tepavčević.

He points out that the Register of the Social Card will include citizens who already use social protection, those whose requests are in the procedure, as well as those who have ever submitted a request, but have been rejected.

“If research shows that a group is particularly vulnerable, and we are particularly focused on vulnerable categories, such as people with disabilities and those over 65 – it is possible to withdraw this data from the Central Population Register to the database and provide assistance to those most vulnerable categories. that they did not look for her themselves “, specified Kisić Tepavčević.

Darija Kisić Tepavčević said that social rights refer to children and family, social, veteran and disability protection, so some people have the right to assistance on several grounds.

“If the child receives child allowance, there is a possibility that the amount will increase after coming of age.
In order for everything to function smoothly, a software and hardware system was procured, which should connect the internal system of the Ministry of Labor, Employment, Veterans and Social Affairs with external systems in other institutions. All external bases are ready and now follows a period for testing the functioning of the system in the coming months. The implementation of the law will begin on March 1, 2022, “the minister says.

“When such a system is established, which works 24 hours a day, it will be precisely recorded how certain families have the opportunity to receive help. Or whether help is needed by certain categories of the population, mostly elderly households who have no income and own a field. or real estate, “the minister pointed out.

The candidate for MP from LDK demands recount of votes