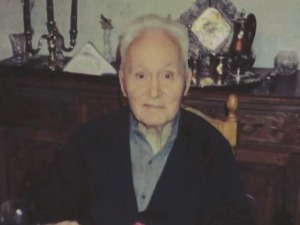 From the window of the house in Priboj on Lim, the river was not visible even in the years of his childhood, but the fascination with that power of the water flow determined the life vocation of Vujica Jevđević. In 60 years of his career, a student from Priboj, he reached the master’s degree in Grenoble, the title of doctor of civil sciences at the Serbian Academy of Sciences and Arts, to world recognitions and exceptional endeavors.

"Unfortunately, very few people know this in this city. But, suffice it to say, therefore, Nikola Tesla, Mihajlo Pupin, he and Milanković are, in fact, the most famous of our people who have made their careers in the United States", says Savo Derikonjić, director of the Priboj Homeland Museum.

The autobiography states that he worked about 4,000 hours a year: under his mentorship, 50 doctorates and the same number of master’s theses were done, and he realized projects in the field of hydrology in 44 countries.

He left awards and a library with more than 300 titles to Belgrade, and a legacy to Priboj and the house from 1879, in which he grew up.

"His condition was to donate $ 10,000, to return the house as it was, which we did. So this house has been adapted and refurbished, in the condition it was in when it was built, as it is the oldest house in town", Derikonjic points out.

He died in 2006 in Colorado, at the age of 92. Towards the end of his life, he offered a donation for a nature park that would include a part of Polimlje, wanting to preserve and protect Lim.

More necessary than ever, this idea awaits realization. All the great ideas of the famous Priboj player Vujica Jevđević go in her favor.

“I had a difficult life, we were always with clothes on our backs”