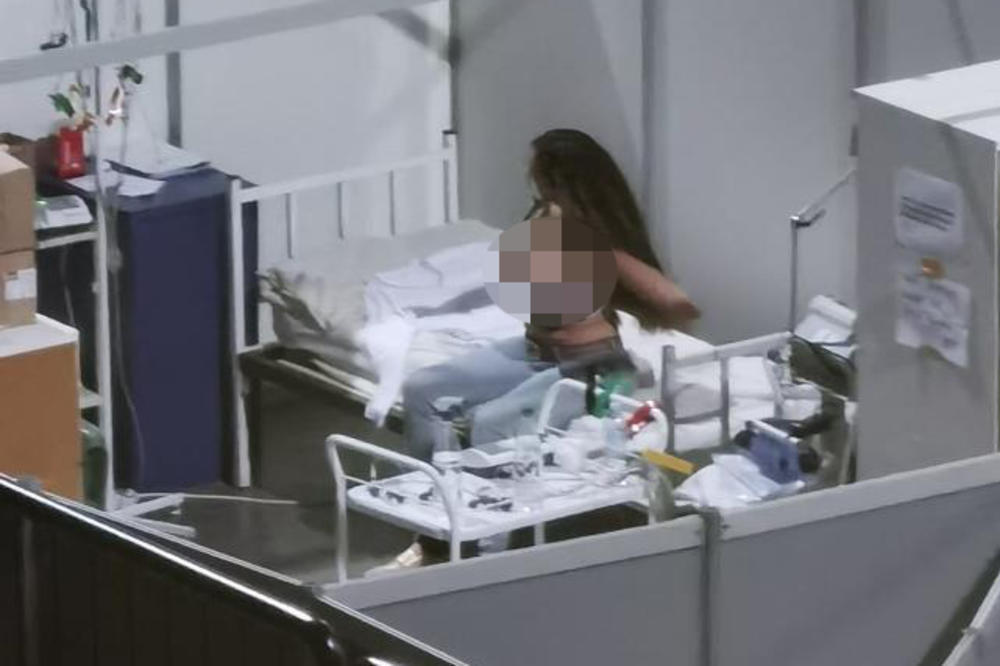 It is about a girl suffering from covid, with bilateral pneumonia, who was photographed without authorization after being admitted to the hospital, when she was supposed to do an ECG.

WE TAKE CARE OF YOUR DEAR GRANDMOTHERS! The very best service in a…

Interactive and inventive workshops for all those that need a job…

“VIRUS REMAINS IN THE AIR FOR TWO HOURS” Tanja…

The scandalous photo of a half-naked patient suffering from kovida, which was shared on social networks in the previous days, shocked the public, and the authorities say that they will do everything to discover and sanction the person who took and shared the photo without authorization.

Without our knowledge, as we find out, Anastasia M. was photographed in her underwear at the moment when she was changing in a room in the temporary kovid hospital in the Belgrade Arena, while medicines and an infusion stand could be seen around her!

– They took the photo after the reception in the Arena, where I was told to take off my clothes in order to do an ECG. Should I look around to see if there is a camera or a camera, and I have a high temperature, every bone in my body hurts and I have inflammation of both lungs – explains Anastasia M for Kurir, who wanted us to publish her photo, but not much last name. She points out that her shameful act endangers her human rights and life.

– Someone will have to answer for this. I expect those responsible to determine whether this was done with a mobile phone or someone took it off the security cameras, and how it reached the public. I don’t know whose omission this is, whether the people from the Arena organization or the unscrupulous covid patients, but certainly that someone must bear responsibility for what was done to me. The culprit must be discovered so that no other girl, patient, would be found tomorrow, the target of such sick minds – said Anastasia, whose parents are also infected with covid.

– I take care of my father, who is fighting for his life in the Zemun hospital, I also take care of my mother, who is also infected, and now I need to watch my photos circulate on social networks. It is a shame how far we have come as people and what individuals do – our interlocutor concluded.

The Ministry of Defense announced yesterday that it has taken all measures to protect the privacy of patients in the temporary hospital Stark Arena. On the occasion of the unauthorized photographing of the patient and the publication of these images on social networks, the Ministry pointed out that this “violated all ethical and moral norms of civilized behavior.”

– It is especially incomprehensible that anyone commits such inhumane actions in a situation when the state does everything to protect the health of citizens and prevent the spread of the coronavirus epidemic – it is stated in the statement and added that the ministry informed other competent bodies that will determine the identity of persons .

WE TAKE CARE OF YOUR DEAR GRANDMOTHERS! The very best service in a single place!

Interactive and inventive workshops for all those that need a job within the media!

“VIRUS REMAINS IN THE AIR FOR TWO HOURS” Tanja Jovanović, our well-known…

NEW CLOSURE DUE TO THE CROWN As of tomorrow, curfew in Pristina and 6 different…