THIS IS A DETAILED WEATHER FORECAST FOR SEPTEMBER!

This summer, however, will not go down in history and take the title of the warmest, because the cold weather at the end of August, as well as the one that is yet to come, spoiled that “average”.

If anything is certain, it is that the hot days are well behind us and that autumn, judging by the forecast, is already knocking on our door. However, the “freezing” that we had for the weekend, will not be repeated in the following week. It will be pleasant, neither cold nor too warm, and with very little rain, meteorologists say.

– A clearing follows next week. Mostly sunny weather awaits us, with temperatures around average values, from 22 to 27 degrees. In one or two days this week there will be light rain, and only in some places, so in the week ahead we will have relatively dry weather. – he says for Telegraf.rs meteorologist Nedeljko Todorovic.

Tomorrow will only be fresh in the morning and foggy in some places. During the day, it will be mostly sunny and warmer, but still with lower than average temperatures for this time of year, announces meteorologist Djordje Đurić.

FORECAST FOR TODAY After a fresh morning, a warm day arrives 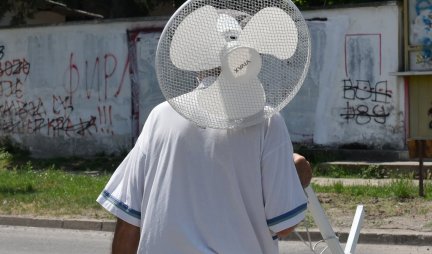 FORECAST FOR TODAY Sunny and a little warmer, up to 30 degrees 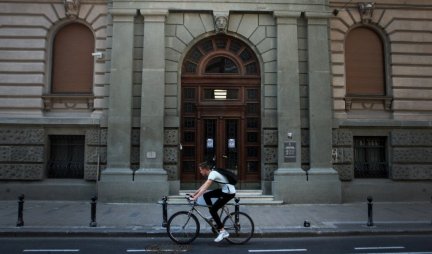 – The maximum temperature will range from 22 to 26 degrees, in Belgrade to 24 degrees. On Tuesday morning it will be clear and very fresh, and during the day it will be sunny and moderately warm again. On Wednesday, there will be temporary cloud cover and less refreshment with rain, showers and thunderstorms, with an intensified northwest wind and an influx of fresh air mass from the north. On Thursday, we expect a change of sunny and cloudy intervals, with temperatures of 20 to 25 degrees – states Đurić.

As he predicts, the average morning temperatures for the very end of August and the beginning of September in Serbia are from 12 to 16 degrees, and the maximum daily from 25 to 29 degrees.

– So, the weather these days reminds us that we are one step closer to autumn, but that does not mean that there will be no beautiful and pleasant days with moderate summer temperatures during September, which is characterized by very pleasant and pleasant weather on average. What is certain is that the hot and heat waves are now well behind us. Cooling down and real autumn weather at the very end of the climatological summer will cause this and more than hot summer not to be among the hottest, but it will certainly take a high place among very hot summers. – concludes Đurić.

When asked if we can expect an extended summer in September, his colleague Todorović is sure that we cannot.

– It will be warmer days, but not with such high temperatures – he says.