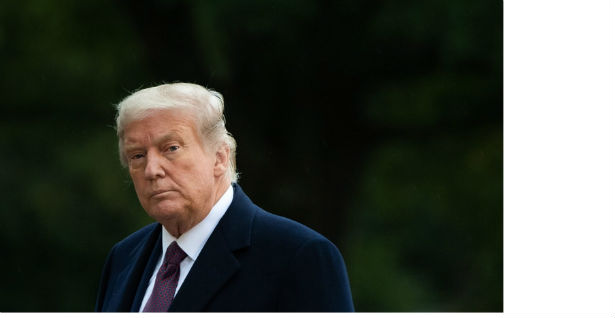 RISK FACTOR Famous doctor explained: Here are HOW MANY CHANCES ARE THE CHAMPION TO SURVIVE THE CROWN AND WHY THE US PRESIDENT IS IN SPECIAL DANGER

Prominent Australian expert on the corona virus, while Norman Swan, announced on the occasion of the news that Donald Trump has kovid-19 with assessments of risk factors, having in mind the age and health picture of the American president.

The famous doctor, who is often called “Australian doctor Fauci” after the leading American epidemiologist Anthony Fauci, says that at the age of 74, the death rate from the crown is between five and 12 percent.

However, he adds that Trump’s obesity (the American president was slightly above the obesity limit at the last medical examination) increases the risk by an additional 40 percent, so in that situation the risk of coronary death is between seven and 18 percent, reports “Guardian”.

The doctor of the American president in the White House, Sean Conley, stated today that Trump will continue to perform his duties without any obstacles, and that he and First Lady Melania Trump are feeling well.

Recall, Trump announced that he and his wife Melania are in quarantine after it was established that one of his closest associates, Hope Hicks (31), is positive for the corona virus.

Hicks is Trump’s closest associate who is positive for kovid, and according to the BBC, she traveled by plane with him to the debate with Joe Biden in Ohio and was filmed getting out of the plane without a mask.