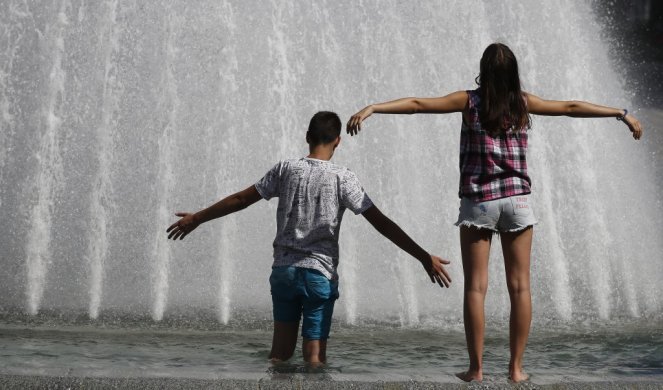 The wind will be light to moderate, south and southeast. Morning temperature from 15 to 21 C, highest daily from 30 to 35 C.

During the day it will be variably cloudy, in the morning and before noon in most places with longer periods of sunny weather, from the middle of the day with local showers and thunderstorms.

Short-term weather disasters are also expected – the appearance of the city, increased wind and heavy rainfall in a short period of time.

U Belgrade it will be warm and steamy. During the day, partly cloudy, in the morning and in the morning with longer periods of sunny weather, from the middle of the day in some parts of the city with showers and thunderstorms. Wind weak to moderate, south and southeast. Morning temperature from 18 to 21 C, highest daily around 35 C.

Informer DN According to the forecast for the next seven days, it will be sunny and very warm in Serbia during the entire period, with morning and daytime temperatures above and significantly above the average for this period of the year – in most places from 35 to 39 C.