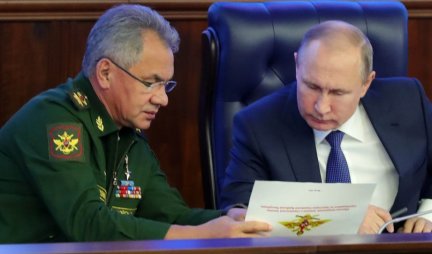 At the exit from Serbia, in front of the Horgos border crossing, columns of passenger vehicles of about five kilometers were formed. Those who set off for Hungary by bus have been stuck at this crossing for 15 hours.

Dragica Bosnjakovic (56) left for Hungary yesterday, and at the border is from last night from half past eight in the evening.

– A total of 50 buses stand. First we were kept on our border, now we are on Hungary. Nobody tells us why they have been holding us for so long. It is unbearable, we are left without water, we will die of thirst. There are a lot of sick people here, I am a heart patient myself, and there are a lot of children. It’s unbearable now because the morning temperature has high, it’s too hot on the bus, and we only catch shade outside if there are trees – she said.

TALIBANS GO TO THE BORDERS OF UZBEKISTAN AND TAJIKISTAN! Russia is preparing an army, Moscow is urgently building at least two large bases – EVERYTHING SMELLS OF …

CROWDS AT THE BORDERS, waiting for more than an hour

printscreen RTS Auto-Moto Association of Serbia (AMSS) announced this morning that increased traffic intensity is expected today, which is usual for the weekend in the tourist season, especially on the roads to lakes and picnic areas, as well as to Montenegro, Macedonia, Bulgaria, Hungary and Croatia.

At the Špiljani border crossing, at the exit from the country, passenger vehicles wait for 70 minutes, and at the entrance for 20.

At the Jabuka crossing, passenger vehicles wait 30 minutes when entering the cabbage, while at Batrovci, at the exit, they wait 40 minutes.

Roads of Serbia inform drivers that on the road Požega – Čačak, near the place Kratovska stena, the traffic was normalized after the traffic accident.

At the Svetinja pass, the traffic takes place alternately for 24 hours, and the speed of the vehicle is limited to 40 km / h.

On the section Prijepolje – Barski Most, in the place Zavinograđe, works on the rehabilitation of the landslide are in progress. The traffic takes place by alternately passing vehicles with traffic lights.

On the road Negotin – Zajecar, until November 1, works will be carried out on the increased maintenance of the road with alternating leaks of vehicles.

Due to the works, the traffic on the bridge near Titel over the Tisza is regulated by temporary signalization with alternating passing of vehicles.

A traffic ban is in force for vehicles with a carrying capacity exceeding 12 tons, and the control of the total allowed weight of vehicles is performed during 24 hours.

There are no vehicle detentions at toll stations on highways in Serbia.

US: Taking control of the Taliban, worrying development – Latest News