We didn’t know, the discovered medicine remained within the seized automobile since 2016 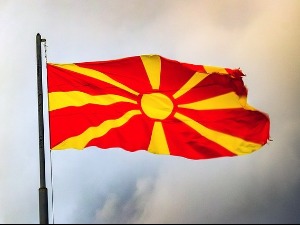 Earlier today, the Macedonian media reported that there were tens of kilograms of drugs found in a vehicle of the Macedonian Interior Ministry which tried to enter Montenegro without high-ranking Ministry officials in the vehicle.

The Macedonian Ministry of the Interior claims that the vehicle in which the police officers traveled to Montenegro was seized in 2016 and that the drugs have remained in the car since then.

“Employees in the Sector for Computer Crime and Digital Forensics went to Montenegro for training, and they borrowed an official vehicle from the vehicle fleet of the Ministry of Interior. The vehicle was previously procured from the Agency for Management of Confiscated Property, and the Customs Administration seized it in action against drug trafficking in 2016 “, explained the Macedonian Ministry of the Interior.

They state that marijuana was found under the car seat on the border of Albania and Montenegro, but they claim that MUP employees have nothing to do with the drugs that remained in the car since 2016, when, as they say, the vehicle was seized in the action of the Administration. customs and then given to the Confiscated Property Management Agency.

They emphasize that the Albanian Public Prosecutor’s Office has also confirmed that the employees in the Ministry of the Interior have nothing to do with drugs.

“They have already been returned to Skopje, and we have informed our public prosecutor’s office about the whole case in order to proceed further and clarify the case,” they say from the Ministry of Internal Affairs of Northern Macedonia.

Without water some neighborhoods in Prishtina, that is the reason

KHN’s ‘What the Health?’: The Autumn of Democrats’ Discontent