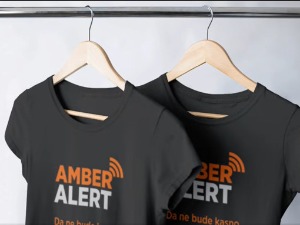 Igor Jurić stated on his Facebook profile that the representatives of the “Tijana Jurić” Foundation were looking forward to the meeting at which a better and more efficient search for missing children was to be discussed.

However, they left the meeting because the line minister, Aleksandar Vulin, was not present.

Juric explains that “as someone who is in front of every child and a large number of Serbian citizens”, the representatives of the Foundation want to talk about these problems exclusively with decision makers.

“I do not underestimate the expertise and knowledge of those present, but we have been waiting for this meeting for almost a year, and with the absence of the minister, the state makes it clear how important or unimportant this problem is to it,” Juric wrote.

He said that the Foundation continues its fight and that he is sure that the citizens of Serbia will show their strength this time as well.

The Ministry of the Interior then announced that the meeting was attended by professionals, who have been dealing with the issue of missing children for years.

“We emphasize that the meeting was attended by State Secretary of the Ministry of Interior Bojan Jocic, Head of the Investigation Department of the Criminal Police Directorate Zoran Vukovic, Head of the Department for Juvenile Delinquency of the Criminal Police Directorate Olivera Zecevic, representatives of the Secretariat of the Ministry of Interior and the Sector for International Cooperation.” European affairs and planning, “the statement said.

The Ministry of the Interior states that the legal representative of the “Tijana Jurić” Foundation, Maja Atanasković, at the beginning of the meeting, in a short presentation, presented the proposal and vision of that organization as the future Amber alert should look like.

“After her presentation, Mr. Juric interrupted the meeting, noting that he expected seriousness, which, in his opinion, should have marked the presence of Interior Minister Aleksandar Vulin,” the statement added.

The Ministry of the Interior also states that they are surprised by Igor Jurić’s behavior because they expected that the opinion and knowledge of professionals who have been dealing with this business for years will be more important to him than the presence of the Minister at the meeting.

“At the same time, the remark that the presence of the minister should allegedly show how the state approaches this problem is unsustainable, given that the Ministry of Interior is in contact and cooperates with the Amber Alert Europe Foundation, with which it is conducting intensive talks on modalities for introducing the system in Serbia.” , with respect for domestic positive legislation “, it is emphasized in the announcement of the Ministry of the Interior.