Will bananas be grown in our orchards quickly? 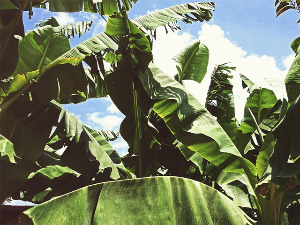 Often, our fruit growers also boasted that they successfully grafted southern fruits in their gardens and received serious yields. According to the guest of the Morning Program, Professor Pedja Janackovic from the Faculty of Biology, according to the International Center for Climate Change Monitoring, the annual temperature in Europe changes by 1.4 degrees Celsius, which means that it is getting warmer.

“On the other hand, southern Europe is experiencing a particularly drastic change in climate, above all there is less and less precipitation, and the tendency of rising temperatures in the last 50 years is very visible in Serbia as well,” the professor added.

However, this year’s rise in temperatures and a larger number of sunny days affected all the fruits that thrive in our area, and the fact that there are those who successfully grow bananas at this time is more of a curiosity than a rule, the biologist notes.

“Banana, which is native to Southeast Asia and Australia, has adapted nicely in our country as well, even though it was domesticated for the first time in Papua New Guinea. It also succeeds in our country, the only problem is its low temperature, so before winter the stems are cut, so that a new plant will appear from the rhizome next season, which after nine months can even bear fruit “, explains Professor Janackovic.

Bananas are successfully grown in greenhouses even in Iceland, which is today one of the world’s largest producers of bananas. Also, avocado is one of the crops originating from Central America that could be grown in our area, with certain additional measures.

“Lemon, mandarin and fig are part of the Mediterranean vegetation and they are very successfully grown on the coast of the Balkan Peninsula. It is not a rare case that figs can be found even in central Serbia, with extremely good yields if the years are warm, the only important thing is to protect them from frost during the winter. This also applies to lemons, which people often grow in pots, “reminds Professor Janackovic.

Will we be left without some traditional fruit crops

Given that longer periods of drought and rising temperatures are announced, this will have a bad effect on pears and apples, and even plums. So, it will probably be necessary to provide additional watering for those fruits, the professor notes.

“Traditional varieties actually enable that diversity of varieties and forms that were obtained by crossing, and they serve for breeding and there is salvation in them. Essentially, those old varieties that have been preserved, that so-called gene pool, enables us to improve the yields “, emphasizes the guest of the Morning Program.

In any case, if this trend of global warming continues, the outlook for the future will not be positive. Irrigation will be one of the very important items, but also the quality of the land.