Younger Israeli Jam Madar is the seventh reinforcement of Partizan 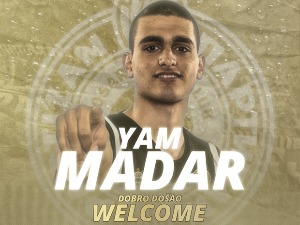 Madar was born in 2000, and Hapoel from Tel Aviv has played for the last three seasons.

He was selected as the 47th pick by Boston in the 2020 draft, and during the summer he played in the Summer NBA League in a Celtics jersey.

In 2019, Madar won a gold medal at the European Championship for players under 20, where he was one of the best in the Israeli team, along with Dani Avdija.

The Israeli is the seventh reinforcement of the black and whites this season, after the arrival of Aleksa Avramović, Kevin Panther, Zeko Lidej, Rodions Kuruks, Dallas Moore and Alen Smailagić.

Over 2 thousand new cases with Covid, new measures are taken

Tonight, more than an hour of waiting to leave Kosovo – Latest News