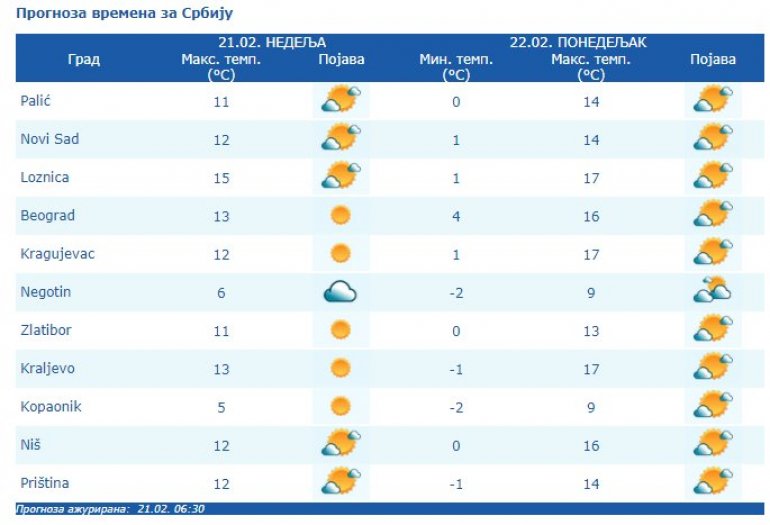 In the east of the country, it will be mostly cloudy, cold and mostly dry. Wind weak and moderate, in the Košava area occasionally strong, east and southeast.

The lowest temperature is from -1 to 4 degrees, the highest from 11 to 16 degrees, in Negotinska Krajina around 6 degrees.

In Belgrade in the morning fog and low clouds, on the outskirts and light ground frost.

The next seven days will be mostly sunny and warm, with daily temperatures well above average. 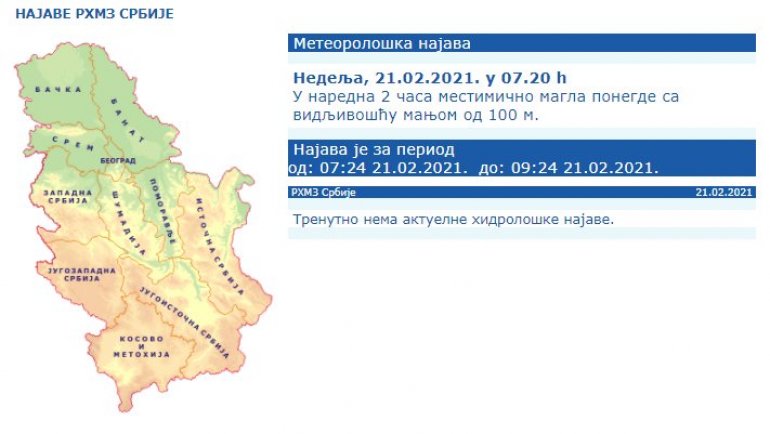 It will be cold in the morning, and light frost and fog are expected in some places.

The highest daily temperatures will range between 13 and 19 degrees.

Not only in the series she cooks pies, look at what ‘Pajtesa’ prepared for her husband!

The IAEA reaches “short-term” agreements with Iran on nuclear oversight