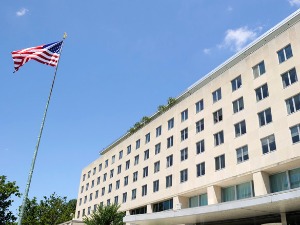 Gabriel Escobar will replace Matthew Palmer in that position.

“The appointment is official, and I will take office on September 7,” Escobar told Tanjug.

In his new position, Escobar will be in charge of resolving numerous issues in the Western Balkans, as well as the dialogue between Belgrade and Pristina.

He is considered an excellent connoisseur of the Balkans, and they say that he is an impartial diplomat.

For two years, from August 2019, Escobar was the US Deputy Ambassador to Belgrade, until the arrival of Anthony Godfrey, he was the charge d’affaires, that is, he headed the US diplomatic mission in Serbia.

He previously served in Baghdad.

Better alone than with a man who destroys life!