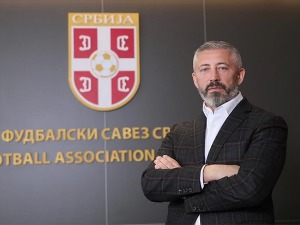 As Kokeza stated in the statement, he resigned in the face of accusations and brutal attacks on his person, and because of the defense of parts and reputations that are being desecrated.

“I want to inform my associates, as well as the sports and football public, to resign from the position of president of the Football Association of Serbia. In order to, above all, provide the national team with the necessary peace, I am ready for a new fight in which I will do everything to deny attacks on my name and personality “, stated Kokeza.

Slavisa Kokeza has never been and will never be a suspicious person to people with whom he shared the same values ​​for almost 20 years, he added.

“Respecting everything that has been built in that relationship, no one should defend Aleksandar Vučić and Serbia from Slaviša Kokeza, because Slaviša Kokeza was with Aleksandar Vučić and Serbia when many did not dare or wanted to. Proud then, proud and now when “I am brutally presenting dangerous untruths which, of course, have caused damage and a function that I will no longer perform. I am resigning from the position of president of the Football Association of Serbia in order to put myself and myself in the service of justice and truth,” Kokeza said.

In this way, Kokeza points out, I wish the Football Association of Serbia and our best national team, which is about to start in the World Cup qualifiers, to provide peace and stability, in order to focus with as few problems as possible on the upcoming challenges. Portugal may be key in the fight for a place at the World Cup in Qatar in 2022.

“I am happy, satisfied and proud that on that path, the national team will lead, in my opinion, the biggest name in the history of our football, Dragan Stojković. I wish him, as well as all people in the system of the Football Association, a lot of success in the future,” Kokeza said.

Kokeza spent almost five years as the president of the Football Association of Serbia, that is, since May 2016.

During his mandate, the football players of Serbia managed to win a place at the World Cup in Russia in 2018.

Kokeza was recently taken to the Service for the Fight against Organized Crime for an informative interview.