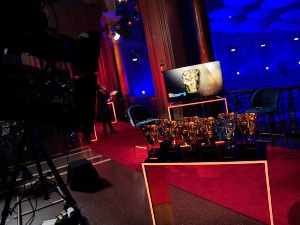 The award ceremony was held at the Royal Albert Hall in London. The nominees participated mostly online, with the audience also joining via live stream.

This year’s favorites were the films Nomadland and Rocks, which had seven nominations each, and the award for best film went to Nomadland, a film that won sympathy at numerous festivals.

The achievements Father, Mank, Minari and Promising Young Woman had six nominations each.

The BAFTA award for best male lead went to Anthony Hopkins, for his role in the film Father, where he masterfully portrayed a man suffering from dementia.

The award for the best leading female role went to Francis McDormand for his role in the film Nomadland.

The award for best director went to Chloe Zhao for the film Nomadland. It is an American film about a community of people living in vans, traveling the vast expanse of the American West.

The young actress Bucky Becrey, who played a notable role in the film Rocks, was named the best young star.

The best documentary is My Teacher, the Octopus. Daniel Kaluja received the BAFTA award for best supporting male role in the drama Judas and the Black Messiah.

The award for the best female supporting role went to Juh Jung Joun for the role in Minara.

The award for the best adapted screenplay went to Christopher Hampton and Florian Zeller for the film Father and the best animated film is Soul.

In the Best Original Screenplay category, the award went to Emerald Fenel for Promising Young Woman.

Sound of Metal is an achievement that won the BAFTA montage award. Nomadland also won the award for best cinematography.

The film Nomadland, directed by Chloe Zhao, has already won the Golden Globe and received a total of four awards at the BAFTA Awards.

The best non-English speaking film is Another Round and the best British film is Promising Young Woman.

The BAFTA award, as well as the Golden Globe, are traditional indicators of who could win the prestigious Oscar.

The Oscars were announced for April 25 in Los Angeles.

With the achievement of 1917, Sam Mendez was last year’s winner of the BAFTA award for best film.