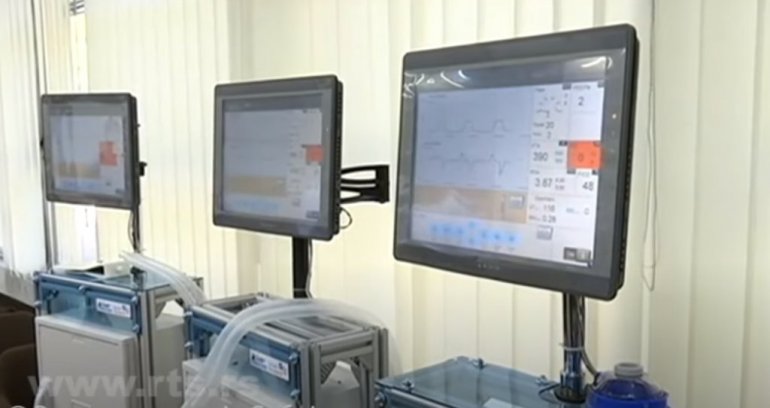 The girl got the corona virus from her mother, who did not know she was positive. She found out only when she came to the hospital in Kraljevo from Trstenik, where she lives, to give birth. She was an asymptomatic carrier of the virus, and she transmitted the crown to her baby during pregnancy. According to the doctor’s assumptions, the virus most likely passed from mother to child across the placenta.

Shortly after birth, the baby developed fever and respiratory distress in the first three hours. An antigen test was performed in Kraljevo, which showed covid. On the first day, the child was transferred to Kragujevac, where a PCR test was confirmed.

The newborn has since been on a respirator, on artificial lungs. It is still not in a stable condition, life is endangered, because there are complications of COVID that exist. It has inflammatory parameters that say that it is in the Cytokine storm, which can be fatal based on the previous experiences of doctors in the fight against covid.

According to doctors, this is the most severe case of covid in children in this part of Serbia so far. Until now, children who were infected had milder symptoms – fever, runny nose or rarely a mild form of pneumonia.

11 DAY BABY POSITIVE ON THE CROWN! Dr. Zorica Zivkovic revealed the condition of the youngest patients!

For severe conditions and complicated clinical pictures that have appeared in the past weeks in the younger population, including children, doctors blame the new strains of the corona virus, which were created by mutations.

A respirator is, as is the case with a baby placed in the Kragujevac Neonatology Clinic, the only solution to save a life, despite the pressure of mechanical ventilation on the delicate lungs of the newborn.

According to Dr. Predrag Sazdanović, who is also an obstetrician-gynecologist, “pregnant women are recommended to be immunized with all vaccines approved by ALIMS”, but it is up to them to make the final decision whether they want to receive the vaccine or not.

– It has been proven that in this population there is many times less infection if the pregnant woman is protected by the vaccine, and that even if she becomes infected, the clinical picture is much easier than in those who have not received the vaccine, says Dr. Sazdanović.

After divorcing Kanye, Kim Kardashian is seen in the company of another man