NEW MEASURES IN BELGRADE! Crisis Staff is sitting today, SEVERAL DECISIONS will be made that will change life in the capital

The city of Belgrade will, as always, implement all the measures adopted by the Government of the Republic of Serbia yesterday, said the Deputy Mayor of Belgrade, Goran Vesić, as a guest on the morning program of TV Happy. He added that the Crisis Staff of the City of Belgrade will bring new measures today, a decision on the working hours of catering facilities, which will take effect on Tuesday, November 17.

– We will pay special attention to public transport and wearing masks, because it is impossible to cover the distance there, and taxi drivers’ associations will be ordered not to receive clients without masks and to drive them only in the back seat. As for theatrical performances, the Secretariat for Culture gave an order to the theaters yesterday that the performances be scheduled earlier, so that they would be completed by 9 p.m. We will adapt to every measure and we will do everything to ensure the social and economic life in such conditions – the deputy mayor specified.

We are not happy because of the shortening of the working hours of catering facilities, theater and cinema performances from 11 pm to 9 pm, he pointed out.

– We understand this decision as a necessary and forced measure. We are satisfied that the Government of Serbia has found a measure between the need to protect the health of the population and the economy to work, because closing the catering facilities at 6 pm, as proposed, would completely close this branch of the economy in which about 40,000 people work in Belgrade alone. We hope that the new measures will last only until December 1, as announced – said Vesić. 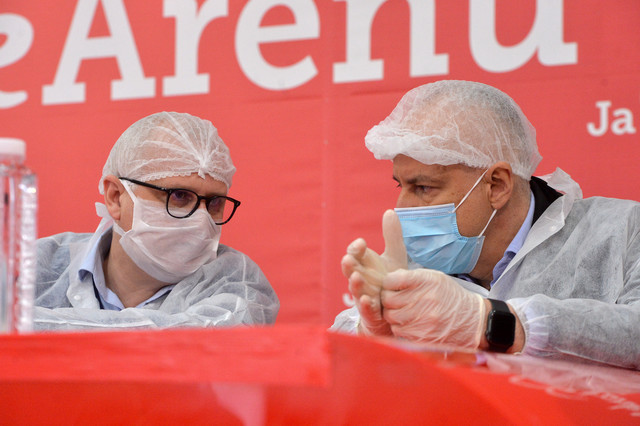 Vesić pointed out that the working hours of caterers were shortened because some clubs did not respect the prohibition measures and organized celebrations and concerts after 11 pm.

– If they did not respect the work ban after 11 pm, those clubs will probably not respect the work limit until 9 pm. That is why it is necessary for all state bodies to participate in the implementation of amendments to the Law on Protection of the Population from Infectious Diseases, and not only the Communal Militia and Communal Inspectors of the City of Belgrade and city municipalities. It is not the people who come to the concerts who are responsible, but the organizers who make money at those concerts. They violate the restriction of working hours, thus committing a crime and bear criminal responsibility for the intentional spread of a contagious disease – said the deputy mayor.

He added that the changes in the law were not passed in order to punish the citizens, but rather arrogant caterers who are not interested in whether someone will get infected at their concerts.

Vesić appealed to all citizens of Belgrade to respect all measures, wear masks and protect themselves and others.