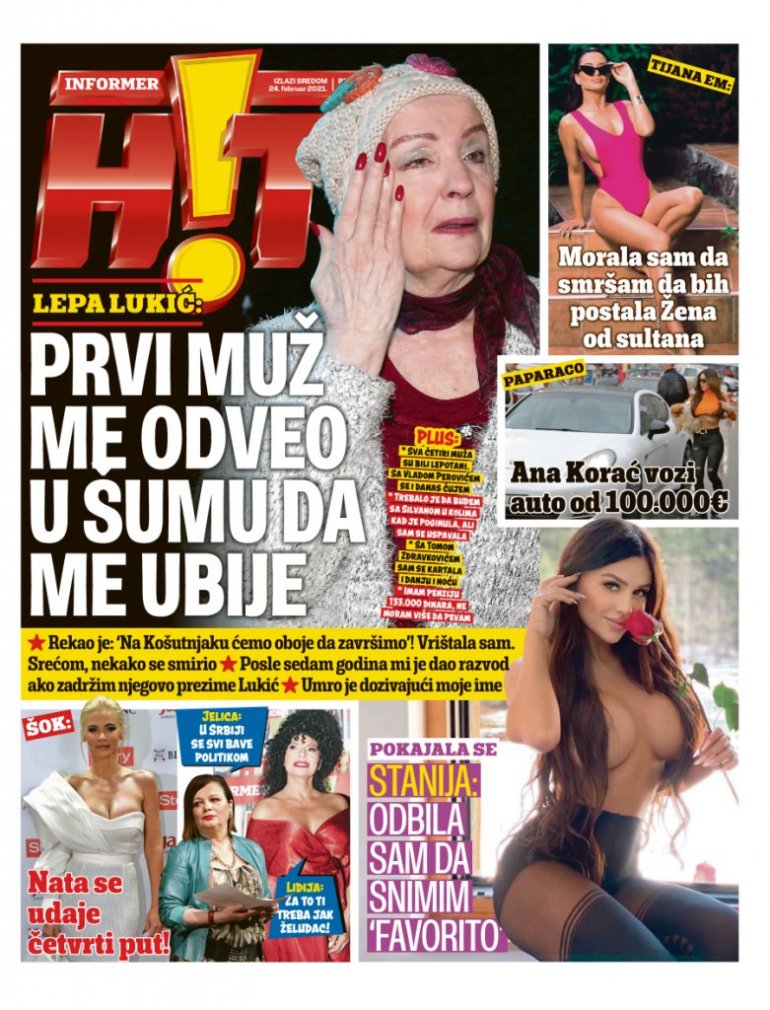 THE UNFORGIVEN! Gaga Antonijevic’s film reminded me of a terrible truth! The Ustashas killed 60,334 children! Almost 20,000 of them died in Jasenovac!

* They stuffed babies with bayonets, gave children to eat ground glass, blinded them

INFECTION IS NOT BEATEN! More and more patients!

* Doctors ask that cafes work until 6 pm, and that only food sellers work on weekends

VERY SUSPICIOUS! Dmitrovic unscrewed the screws on the wheels

Milan will play tomorrow’s rematch without Ibrahimovic and Mandzukic

On Saturday, a special edition of Informer – “Jasenovac, hidden truth”

Immediately after the war in 1945, the National Commission of Croatia investigated the genocide in the Ustasha camp Jasenovac and determined that between 500,000 and 600,000 Serbs, Jews and Roma were killed there! The investigation was conducted and the report was signed by Croats.

This report was published only once in Serbia, in March 1991, in a small, limited edition. It is as if someone has been trying for these 75 years to hide the truth about the terrible death camp in which innocent people and children were killed in the most horrible ways, and their only guilt was that they were of other nations and religions.

After the premiere of the film ‘Dara iz Jasenovac’, which finally introduced the general domestic and world public to the horrors of the ‘death camp’, Informer publishes a complete report on Jasenovac, which was signed on November 15, 1945 in Zagreb by the Croatian Venceslav Celigoj.

We publish the report in an integral version, in the way it was written, without any abbreviations.
The truth is, you will read, scarier, much scarier than the movie!

SATURDAY SPECIAL APPENDIX IN THE INFORMER! THE TRUTH ABOUT JASENOVAC IS MUCH SCARYER THAN THE FILM! Report of the National Commission on Ustasha crimes in the death camp!